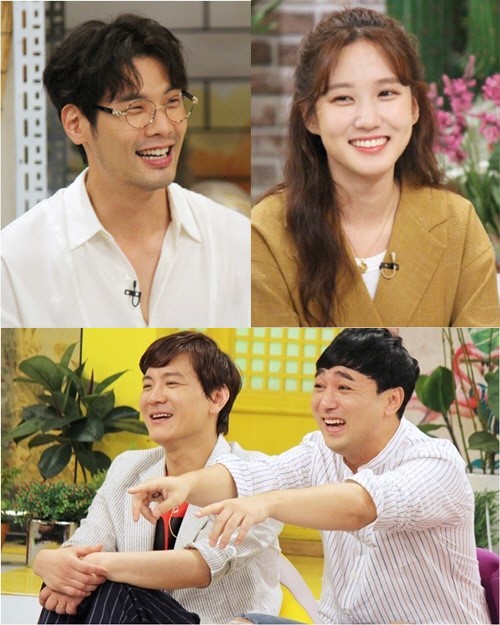 Choi Daniel and Park Eun Bin are the co-stars of upcoming drama 'The Ghost Detective', which premieres on KBS World tonight!

Choi Daniel reveals that he once failed an audition for director Ryu Seungwan's film. According to him, the director told him he failed because he was "taller and better-looking" than actor Ryu Seungbeom, who happens to be the director's younger brother. Yu Jaesuk says, "He might have said that just to cheer you up" and reminds him of the brutal truth.

While Park Eun Bin is only in her 20s, she is a veteran actress who debuted 20 years ago. She says that 'Happy Together' is her first entertainment program since debut. She reveals that she appeared on 'Gag Concert', a comedy show, when she was a girl. Hwang Jeseong, a comedian, says, "She has more seniority in comedy than me" and shows his respect.

Don't miss 'Happy Together' and 'The Ghost Detective' tonight!