A new dance battle program will show teenagers growing further through what they love: dancing. 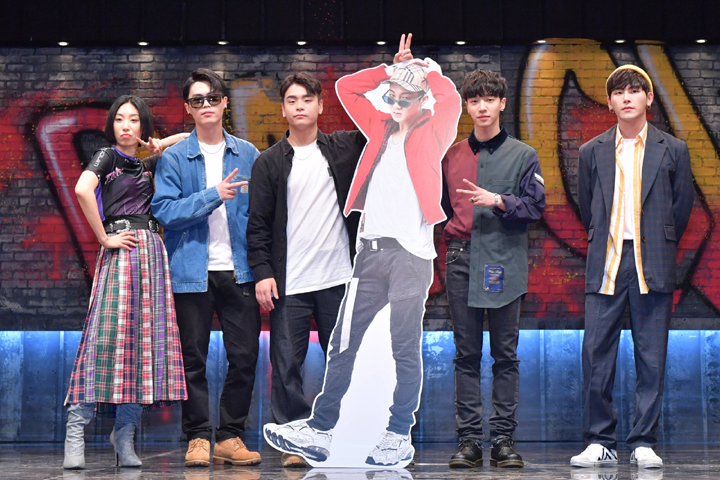 The press conference for 'Dancing High' was held on September 7. The producer of the show, Lee Seunggeon, and the dance coaches Just Jerk, Lia Kim, Lee Gikwang, and Hoya were present at the event.

3,112 contestants participated in the preliminaries, and only 43 teams who survived in the fierce competition have moved up to the finals. They will be trained by the 6 dance coaches, who are: HIGHLIGHT'S Lee Gikwang, former INFINITE member Hoya, WINNER's Lee Seunghoon, JYP Entertainment's choreographer Lia Kim, and dance duo Just Jerk (Young-J and J-Ho). Each team consists of 7 contestants, and the losing teams will be eliminated.

Dancer Lia Kim said, "Talking to the teenagers reminded me that I used to be like them once. And I also realized that teenagers have come up a long way these days. I learn from their passion. It's very touching and I get inspired by them."

Lee Gikwang said, "Since they are young, I was worried they might not meet the expectations, but it wasn't like that at all. I realized once again that teenagers today are very good at dancing. The future of dancing is bright. I will refine their weaknesses. It's such a pleasure and joy to communicate with them."

Hoya said, "I see them almost every day, and their innocence is so lovely, and I envy their passion. It heals me so much to the point that I forget that I'm tired. I'm actually learning a lot from them."

Just Jerk, who had been offered to appear on almost every dance audition program but refused all of them, revealed why they chose to appear on 'Dancing High.' They said, "We decided to appear based solely on the fact that this program is for the teenagers. Teenagers are the future. The culture will only change if the teenagers show us something cool. When we were young, we didn't have this environment. If we can create a nice environment for them, we'd like to be the contributors in advancing this culture. We want dancing to become a proud art form and culture instead of a marginalized field."

'Dancing High' will premiere on KBS World on September 19.