'My Only One' Press Conference with Choi Sujong, U-IE, and Lee Jangu!

Actor Choi Sujong has returned to public television for the first time in 6 years with new weekend drama 'My Only One.' The press conference for new weekend drama 'My Only One' was held on September 12.

In 'My Only One,' a woman's life gets twisted one day because of her biological father who shows up after 28 years of absence. He had been thoroughly hiding his identity, afraid that he might be an obstacle in his daughter's life. The father and daughter meet the "only ones" in their lives and put back together the pieces of their broken hearts. 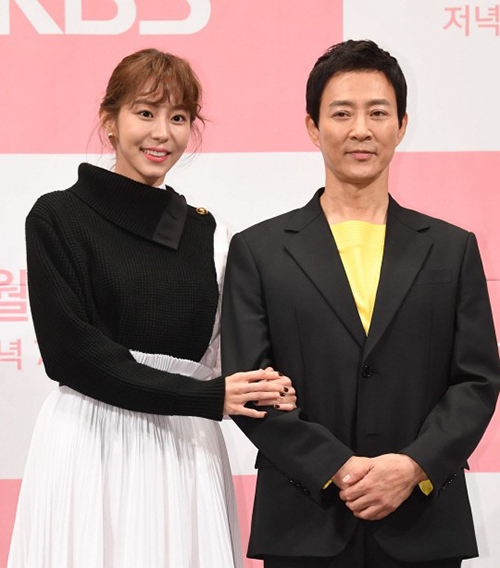 Choi Sujong will play Gang Suil, the father who went to jail 27 years ago and asked his friend to take care of his young daughter.

Choi Sujong said, "Before I chose this drama, I had been offered a lot of villain roles, but they were hard to choose because they were just plainly bad guys without justifications to their roles. The role I'm playing this time has justification, and I felt attracted to the father's character who fell into the depth of misery due to a spontaneous accident while trying to feed his family."

He added, "I'm doing my best to make a new drama that all generations can relate to. To be honest, I'm dying to know how the story will unfold from now on."

U-IE will play Gang Suil's daughter Kim Doran. It is her first appearance on a KBS weekend drama in 7 years since she starred in 'Ojakkyo Brothers' in 2011.

In the drama, when her adoptive father gets into an accident, she learns about her biological father and gets kicked out of her house at the same time.

About his teamwork with U-IE, Choi Sujong said, "On the day we shot the scene where we went into a river, it was very cold, and U-IE brought things like towels for me. She's leading the atmosphere of the set very well. She has a good personality, and she is trying hard to keep her ground."

U-IE said, "One of the reasons that I chose the drama was Choi Sujong, who plays my father. Since there might not be another chance to work with him again, I thought I had to do it at all cost. It's an honor to work with him. He's very comforting and we have a good teamwork. There's something in father's eyes that makes me tear up."

She continued, "I received the new actress award with 'Ojakkyo Brothers,' and I hope that the actors will receive a lot of awards with this drama and that the drama will record a high viewer ratings."

Lee Jangu will play Wang Daeryuk, who will create a love line with Kim Doran. He said, "Previously, I was the MC of 'Music Bank' with U-IE. Since I already knew her personality well, it was comfortable at the set."

'My Only One' will premiere on KBS World on September 22. Stay tuned!