Cast of 'My Only One' U-IE, Lee Jangu, Na Hyemi, Yoon Ji Ni on 'Happy Together'!

Tonight's episode of 'Happy Together' will star the cast of new KBS weekend drama 'My Only One', U-IE, Lee Jangu, Na Hyemi and Yoon Ji Ni. 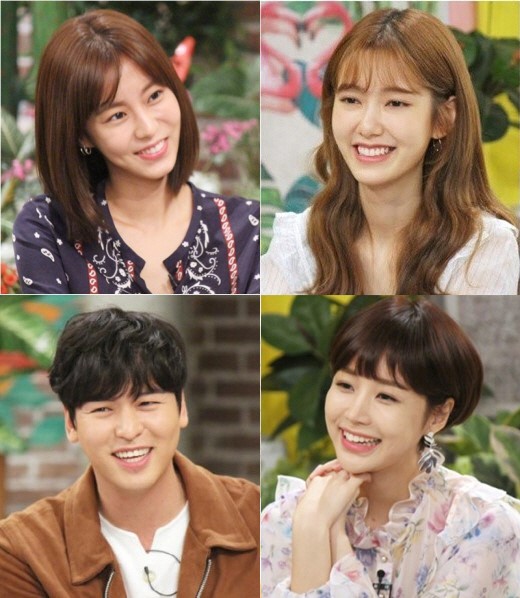 Actress Na Hyemi plays Kim Miran, the younger sister of Kim Doran (U-IE). She is married to SHINHWA's Eric, and for the first time on TV she reveals the love story of her and Eric. She says, "I didn't know Eric at all, but one day I got a text message from him." She continues, "When he said he was SHINHWA's Eric, I thought he was impersonating."

She also talks about Eric's dramatic and romantic proposal. She says, "A month before our marriage ,we went on a trip. After fighting over a small thing, Eric stormed out. It turned out that he prepared the proposal after marching out like that."

'My Only One' is a drama about a woman whose life gets twisted one day because of her biological father who shows up after 28 years of absence. He had been thoroughly hiding his identity, afraid that he might be an obstacle in his daughter's life. The father and daughter meet the "only ones" in their lives and put back together the pieces of their broken hearts. It premieres on September 22 on KBS World.