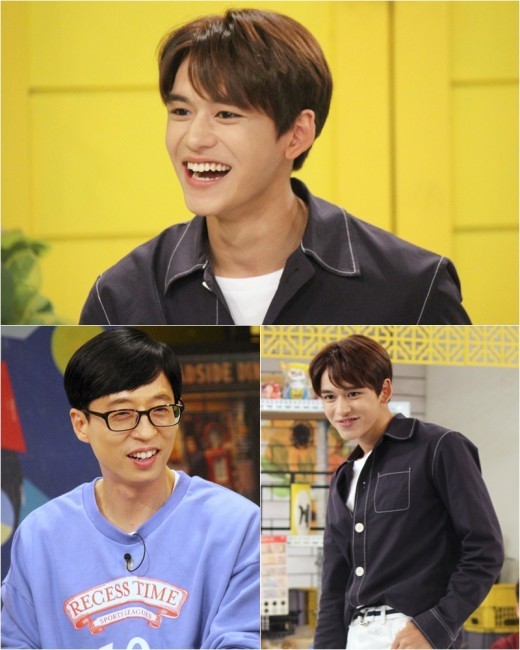 From the beginning, NCT's Lucas captures everyone's attention with his dazzling looks.

Yu Jaesuk says, "I heard you are drunk on your own face." Lucas says, "Whenever I walk past a glass window or mirror, I take a look at my face." Yu Jaesuk says in admiration, "I haven't seen anyone who openly says things like this. It's a new style."

Lucas says that he's "Justin Bieber of Asia" and imitates Bieber's facial expressions. He picks his chest muscles as the body part he's most confident about.