The Rose caught up in controversy over using Jonghyun's Instagram photos 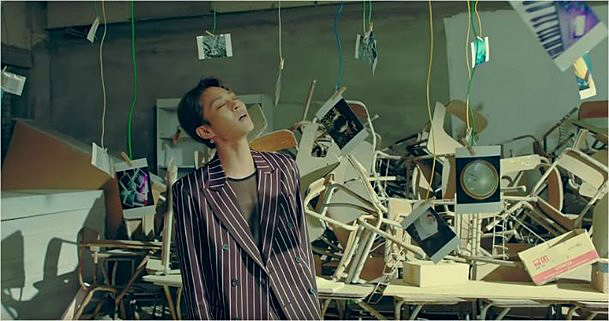 On October 4, The Rose released their new mini-album 'Dawn.' The music video of the album's title track 'She's In The Rain' became center of controversy among SHINee's fans because the music video used late member Jonghyun's Instagram photos as props.

SHINee's fans questioned The Rose through SNS if there had been prior discussion with SM Entertainment or with the bereaved family regarding the usage of photos, or if not so, for what reason and meaning they used his photos without permission.

On October 16, The Rose's agency released an official statement regarding the issue and stated, "It seems that in the process of producing the music video, this problem has been caused by the lack of consensus in story planning and understanding of the song."

"We found out that the music video's production company, upon learning that the song is supposed to 'deliver the wish to stay with those who are exhausted by the loneliness and harshness of life and console them', thought of late Jonghyun and used the photos as part of the background on set to send out a message of remembrance and consolation.

The agency said, "We did not have an ulterior motive to use a particular person for marketing purposes. Regardless of the reason, we offer our deepest apologies to the family of the deceased and SM Entertainment, and we apologize to the fans of The Rose and late Jonghyun."

"We, the agency and the production company, are deeply sorry for not being more cautious and thorough in the process. Once again, we offer our sincere apologies to anyone who have been hurt by this. We will do our best to stop further issues from being raised and to not hurt anyone's feelings."

[Image source: The Rose - She's In The Rain' music video]