INFINITE's Nam Woohyun, "I spread the finger heart since 2011" [Happy Together]

On tonight's episode of 'Happy Together', INFINITE's Nam Woohyun claims that he was the one who spread the famous "finger heart" since 2011. 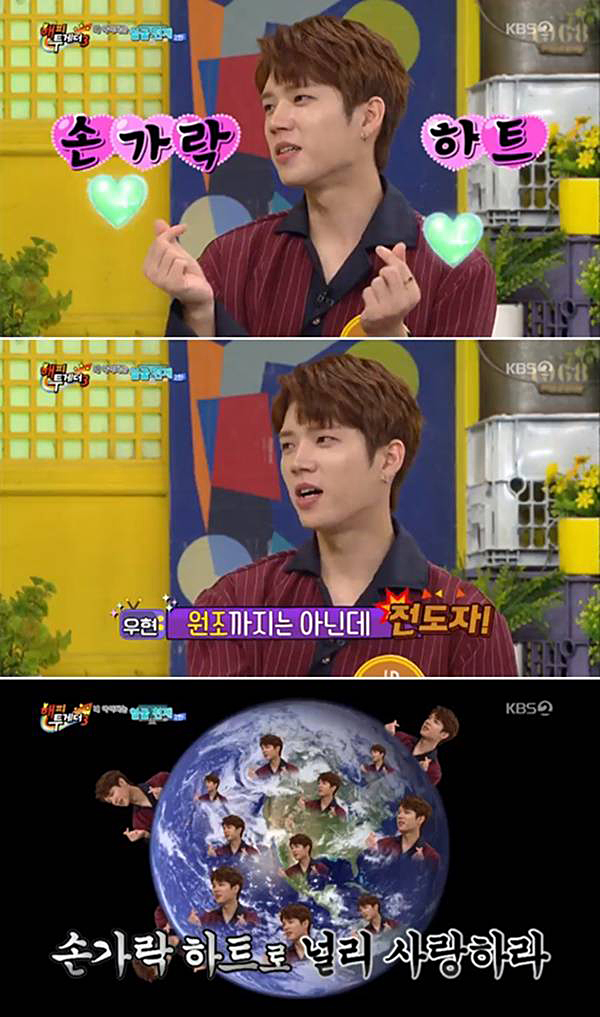 He says, "Although I'm not the originator, I spread the finger heart."

He continues, "I debuted in 2010, and in 2011, there was no finger heart. At the time, people would think that I was swearing [when I made the finger heart]."

"Then it spread and even international artists like Beyoncé, Justin Bieber and the President use it. I've been spreading it since 2011."

Park Myungsoo asks, "So you're saying the President copied you?" Woohyun proudly answers, "He copied me."

Meanwhile, 'Happy Together Season 3' will come to end tonight, and it will return as Season 4 next week!