The first still photos of new KBS drama 'Feel Good To Die' have been revealed. 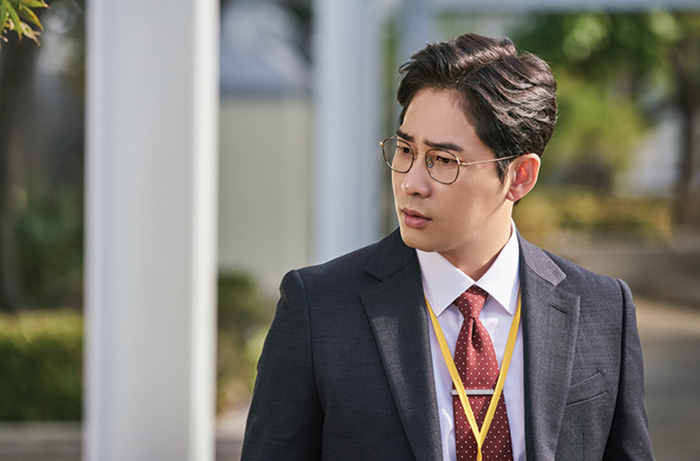 'Feel Good To Die' is an upcoming romantic comedy drama. In a chicken marketing company, Lee Ruda (Baek Jinhee) tries to reform her tyrannical boss Baek Jinsang (Kang Jihwan) to become a new and better man. Because the boss has such a terrible personality, all of his subordinates including Ruda despise him. One day, Ruda is so mad at him that she hopes he dies already. When he gets hit by a truck and dies, she blames herself and wishes that it would all be a dream. The next morning, she wakes up and learns that she has been caught up in a time rift, and her battle to bring her boss back to life begins.

In the still photos, Kang Jihwan, who plays the team manager Baek Jinsang, is wearing perfectly styled hair, neck tie and suit. Just like how he appears, he is bullheaded about sticking to principles and rules. He is verbally abusive to his subordinates and has a bad temper. Let's see if Ruda will be successful in reforming this guy!

'Feel Good To Die' premieres on November 8 on KBS World.