BTS' RM released his mixtape 'mono.' on October 23. As of October 29, only 3 days after the release, his album was ranked 26th on Billboard 200 chart, setting the highest record for a K-Pop solo artist. 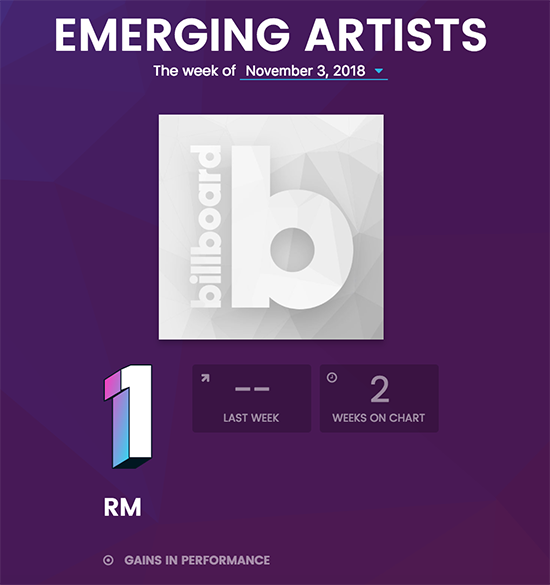 On top of that, on October 30, RM was no.1 on Billboard's 'Emerging Artists' chart of the first week of November. The Emerging Artists uses the same formula as the Artist 100, based on big data from various activities.

Meanwhile, BTS will kick off the 'LOVE YOURSELF' tour in Japan on November 13, touring Tokyo Dome, Kyocera Dome and Nagoya Dome.