BLACKPINK to hold first world tour in January next year

YG Entertainment announced that BLACKPINK will go on their first world tour in January of next year and revealed the schedule of the first round of tour. 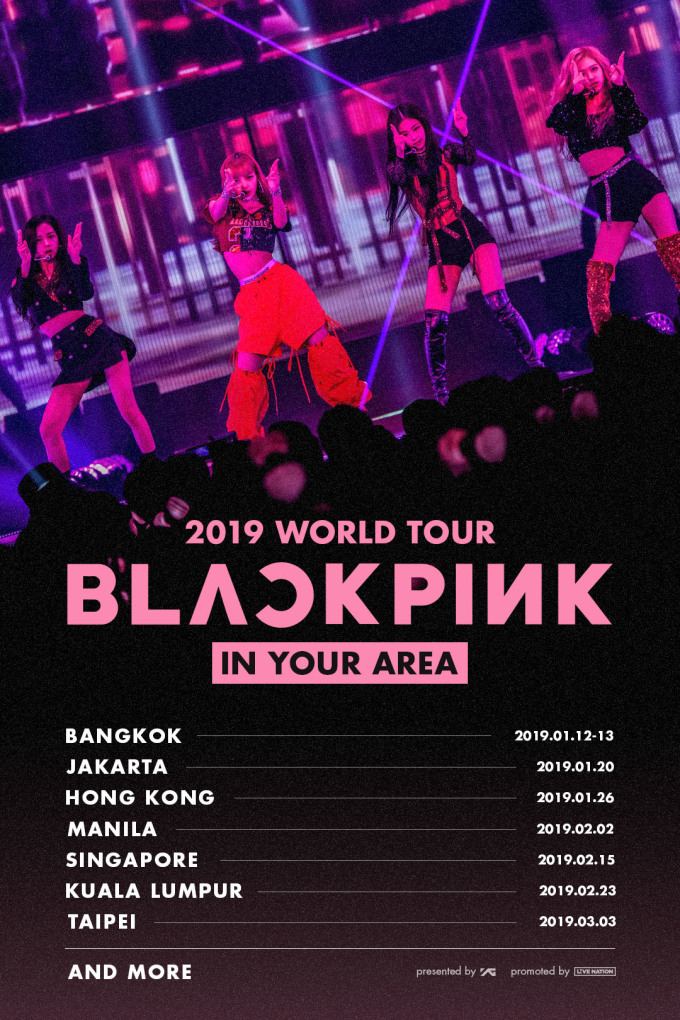 In particular, they will be having two concerts in Lisa's homeland Bangkok, Thailand. In addition, BLACKPINK will be the first K-Pop girl group to tour the world with a live band.

Meanwhile, BLACKPINK will hold their first-ever solo concert 'BLACKPINK 2018 TOUR-IN YOUR AREA-SEOUL X BC CARD' on November 10 and 11 in KSPO DOME, Seoul and meet Korean fans before going on the world tour.