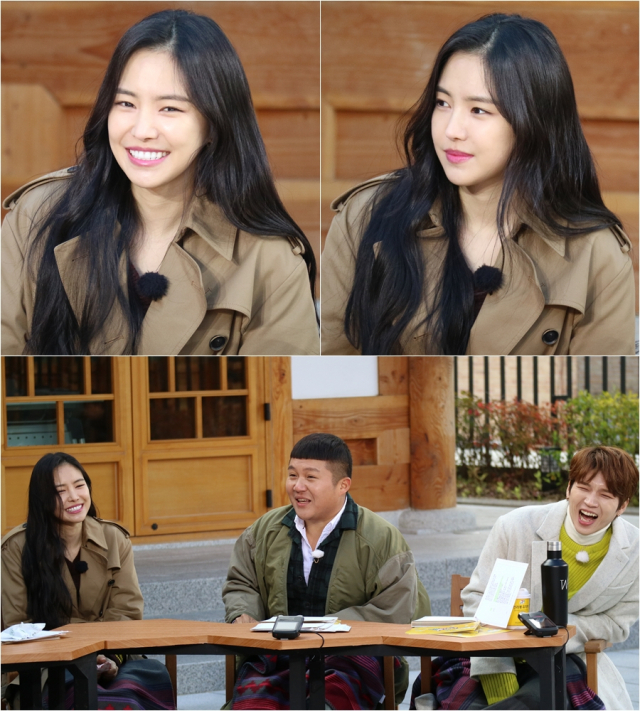 Son Na Eun recently starred in horror film 'The Wrath' and successfully transformed herself from an idol into an actress. As a blue-chip celebrity in the commercial industry and queen of sold-outs, she talks about the story behind her famous leggings that were sold out.

She says, "I wore leggings, and it became an issue. Ever since I heard that the leggings were sold out, I feel pressured to take a full-body shot whenever I take pictures." She reveals the secret to the sell-out is taking sequential photos.