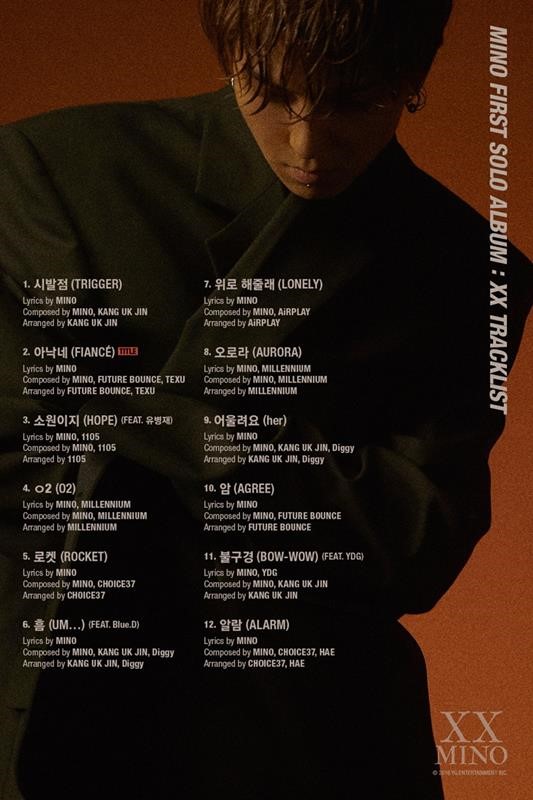 Also notable is the fact that MINO participated in writing and composing all 12 tracks of the album, and he was the producer of the entire album.

MINO's first solo album 'XX' will be released on November 26.