Another successful prank on Min Gyeonghun! [Problem Child in House]

New entertainment program 'Problem Child in House' premiered last week on KBS World. In this knowledge-talk show, entertainers who are lacking in common sense get locked up in a rooftop house and are allowed to go home only if they get 10 questions right. 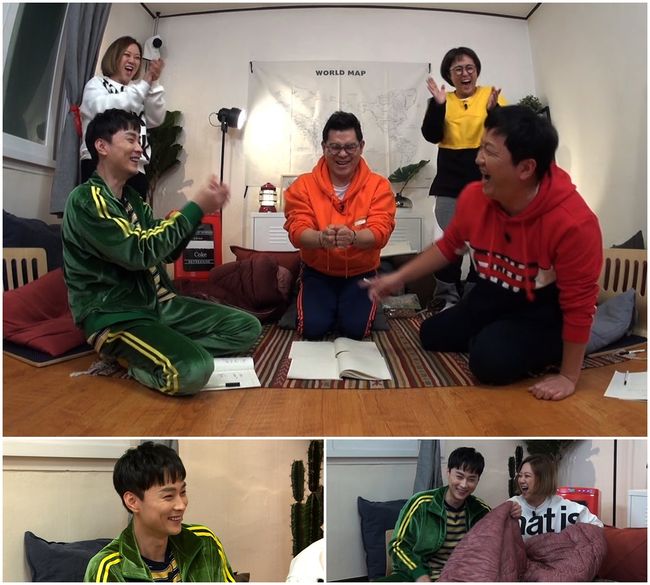 In the second episode, the members will be playing a prank on Min Gyeonghun.

While the members are solving the problems, they get stuck on the 8th question. In the end, they use the 'next door chance', which allows them to go outside and search for the answer.

Min Gyeonghun had gone outside last week, so he braces himself to win this time saying, "It's so cold, it's not okay to go outside now." But he loses the game again and is forced to go outside to use the next door chance.

In order to make up for last week's failure to find the answer, he enthusiastically takes photos with people in the streets and holds an impromptu concert.

Meanwhile, while Gyeonghun is absent, Kim Yong Man, Song Eun I, Kim Sook, and Jung Hyung Don prepare a prank. When Gyeonghun returns, he does not suspect anything despite the members' awkward acting. He falls into confusion and says, "What are we doing now? Is this a skit?"

The staff of the show said, "Min Gyeonghun's cuteness overload gave chills to not only the members but the staff as well."

Don't miss out on the fun!