While Yubin is coming back with her second solo album '#TUSM' on November 27, she revealed 2 new teaser images that show the album's concept. 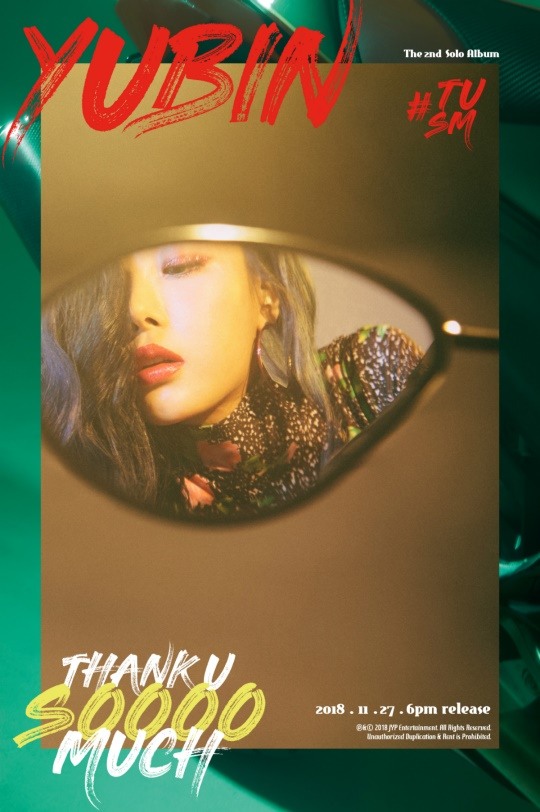 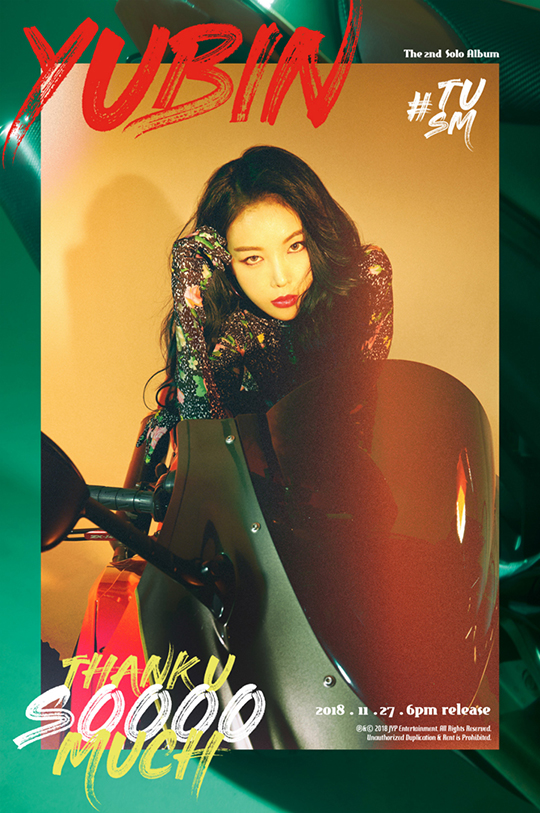 In the teaser, Yubin is wearing a sexy black dress while sitting on a motorcycle.

Yubin made her solo debut in June of this year with her first album 'City Woman' and its title track 'Lady.' Five months after that, she is releasing a new digital album '#TUSM', which maximizes the girl-crush side of her. The album title '#TUSM' is a hashtag abbreviation of 'Thank U Soooo Much', which expresses Yubin's music, performance, visual and many elements as a single brand in a trendy way.

Meanwhile, JYPE's artists have been supporting Yubin's comeback. Since the 16th, JYP's Instagram uploaded videos of Hye Rim, Jimin Park, Baek A Yeon, GOT7, DAY7, TWICE and Stray Kids pronouncing the "so" from "Thank U Soooo Much."

'#TUSM' will be released on November 27.