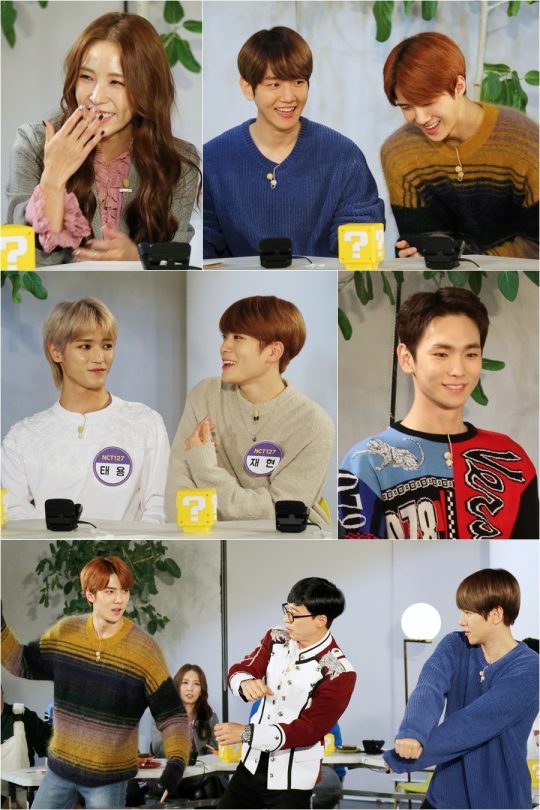 Tonight's episode of 'Happy Together 4' features the SM Entertainment special. While comedian Lee Su-Geun is the special MC, the guests are BoA, SHINee's Key, EXO's Baekhyun and Sehun, and NCT's Taeyong and Jaehyun.

When asked about SHINee's share of the building, he says, "SHINee's 'Ring Ding Dong' contributed to about 4 elevators."

Then BoA says with pride, "I built the old building at number 521", and her claim is undisputed.

Yu Jaesuk asks NCT, "How much share does NCT have?"

NCT's members answer, "Maybe this cup in front of us."

The SM family will be exposing each other's secrets! Stay tuned!