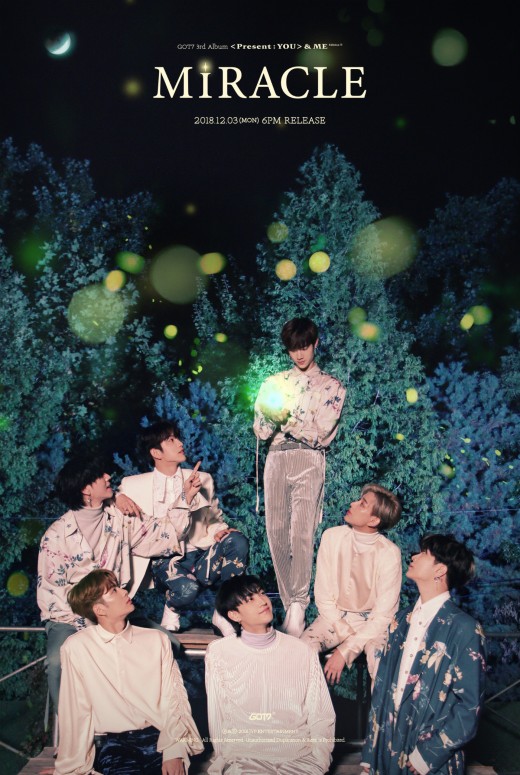 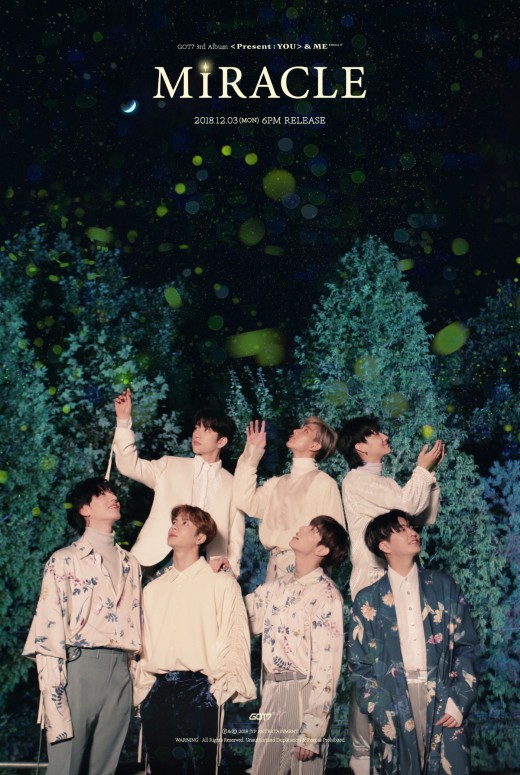 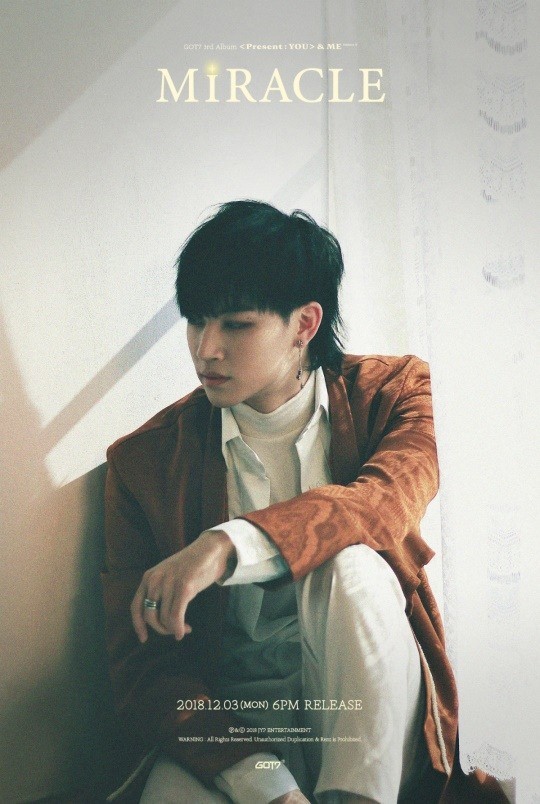 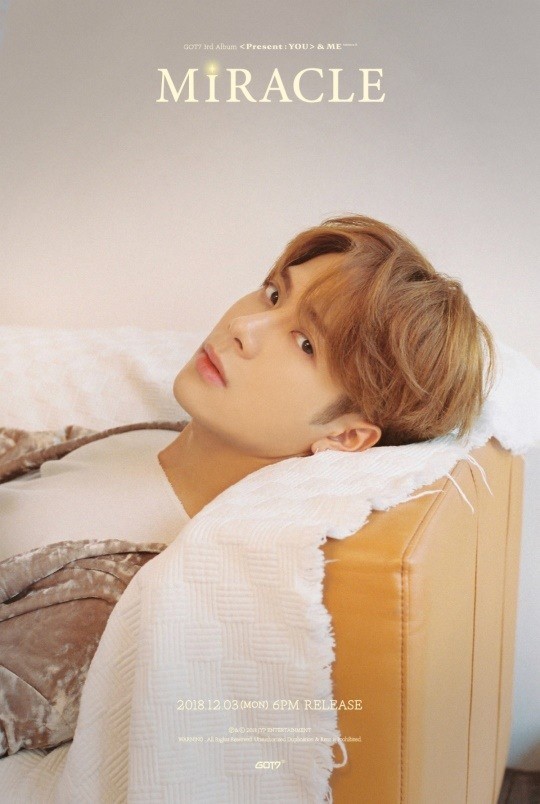 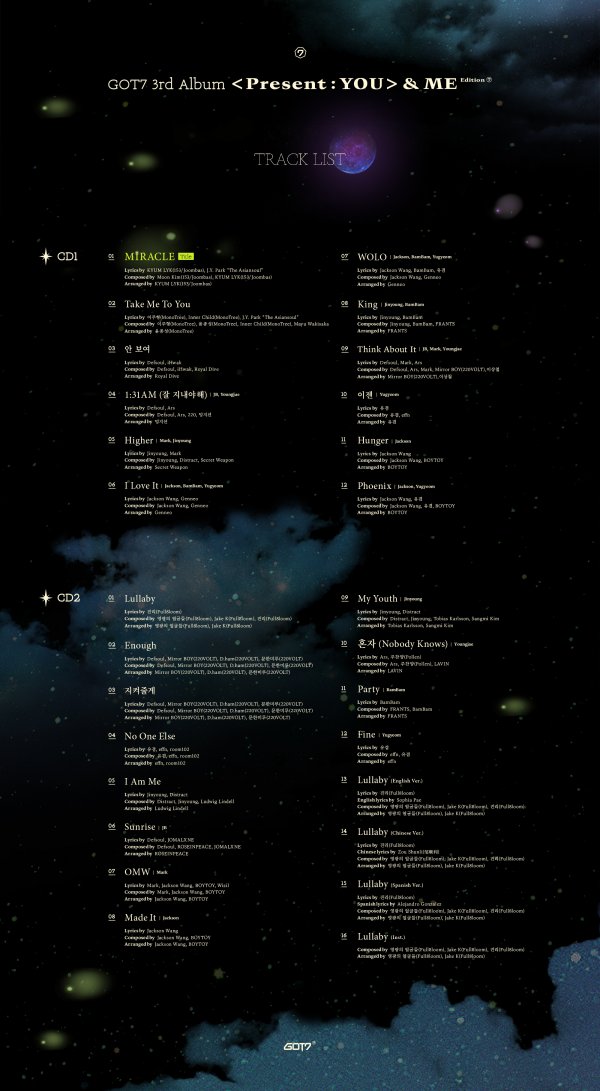 The new album 'Present : YOU & ME Edition' is a repackage album of the 3rd album 'Present : YOU.' It contains a total of 28 tracks including 3 new songs 'MIRACLE,' 'Take Me To You,' and 'I Can't See You' (literal translation). CD1 includes the 3 new songs and the solo and unit performance songs from 'GOT7 2018 WORLD TOUR', while CD2 includes the title track of the 3rd album and each member's solo track.

The title track 'MIRACLE' conveys the message that the real miracle to GOT7, who debuted in January 2014, is the moment they met the fans who made it possible for them to endure the hard times. JYP wrote the lyrics of the song.

GOT7's repackage album 'Present : YOU & ME Edition' will be released on December 3.