On November 29, SM Entertainment announced that ONEW's mini album 'VOICE' will be released on December 5. 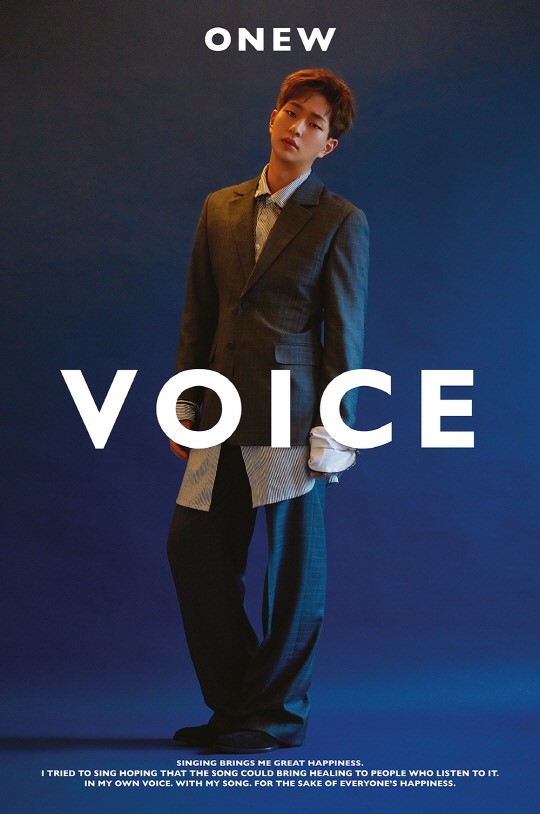 The new album contains 7 tracks including the title track 'Blue', which is a R&B song with an old pop jazz vibe that features ONEW's sweet voice.

Previously, ONEW recorded some OSTs like 'In your eyes' and 'Moonlight', but it is the first time in 10 years since he debuted as SHINee that he is releasing an album of his own.

SM stated, "ONEW put his heart and soul into the album to express his gratefulness to the fans prior to his enlistment on December 10. It will be a special present."