EXO's Chanyeol, BTS' Jin, and TWICE's Dahyun have been confirmed as the 3 MCs of the upcoming '2018 KBS Song Festival.' 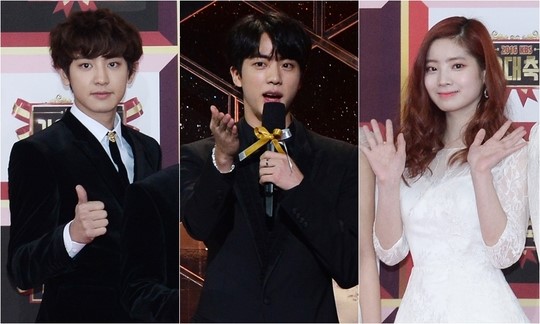 Chanyeol and Jin showed great chemistry as MCs of '2017 KBS Song Festival', and we expect to see their great teamwork again this year.

This year's 'KBS Song Festival' has the theme 'Grand Fantasy Party.' A total of 26 teams will be bringing unique and spectacular performances.