The 5 nominees for the '2018 KBS Entertainment Awards' grand award were revealed. 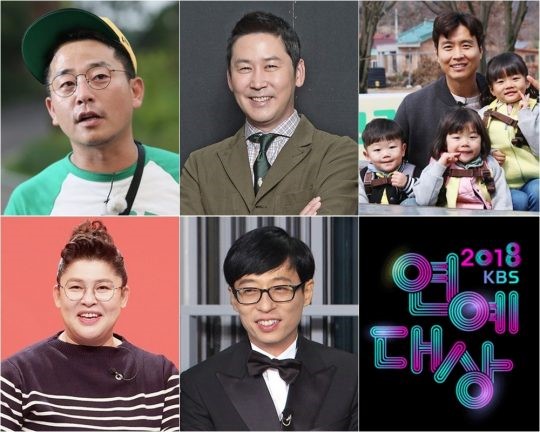 Among many entertainers who showed an impressive performance this year, 5 were selected as the nominees for the grand award. They are: Kim Junho from '2 Days & 1 Night Season 3' and 'Gag Concert', Shin Dong-Yeob from 'Immortal Songs' and 'Hello, Counselor', Lee Dongguk from 'The Return of Superman', Lee Yeong Ja from 'Hello, Counselor', and Yu Jaesuk from 'Happy Together.'

In particular, Lee Yeong Ja is the first and only female nominee for the grand award. Ever since 'KBS Entertainment Awards' started in 2002, no woman has received the grand award.

Who do you think will be the winner of this year's grand award? Find out on December 28.