IU pays tribute to late Jonghyun at her Singapore concert 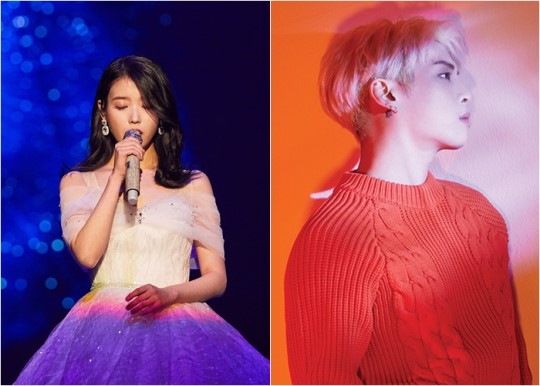 On December 15, IU sang 'Gloomy Clock' during her 10th anniversary concert in Singapore to commemorate her friend Jonghyun.

'Gloomy Clock' is a track from IU's 3rd album 'Modern Times', and it was written and composed by Jonghyun for IU and even features his voice.

Before singing the song, IU said, "It wasn't originally in the setlist, but I will sing the song for the person I miss dearly."