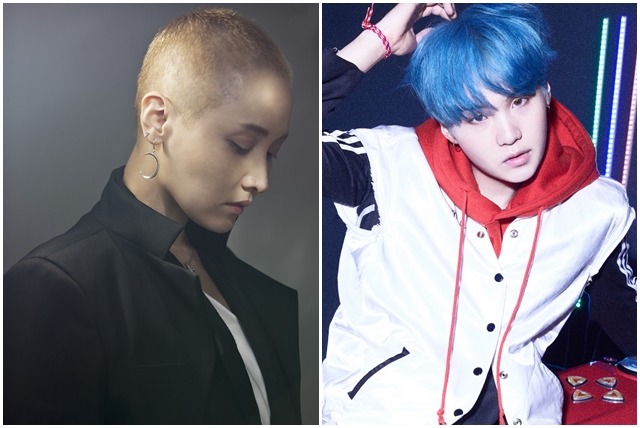 On January 18, Lee So Ra's agency announced that Suga and Tablo participated in the new single 'Song Request', which will be released on January 22.

The song is composed and written by Tablo, featuring Suga's self-written rap verse.

This is the first time for Suga to be featured in another artist's song after his debut.

Check out the teaser ver.1 and 2 of 'Song Request' by Lee So Ra.