ASTRO to go on their first world tour from USA, Taiwan to Thailand and more!

On January 21, Fantagio Music announced that ASTRO will be touring 7 cities in 4 countries including: Taiwan on March 16, New York on the 19th, Dallas on the 21st, Los Angeles on the 24th, and San Francisco on the 21st, Hong Kong on the 30th, and Bangkok on April 27. 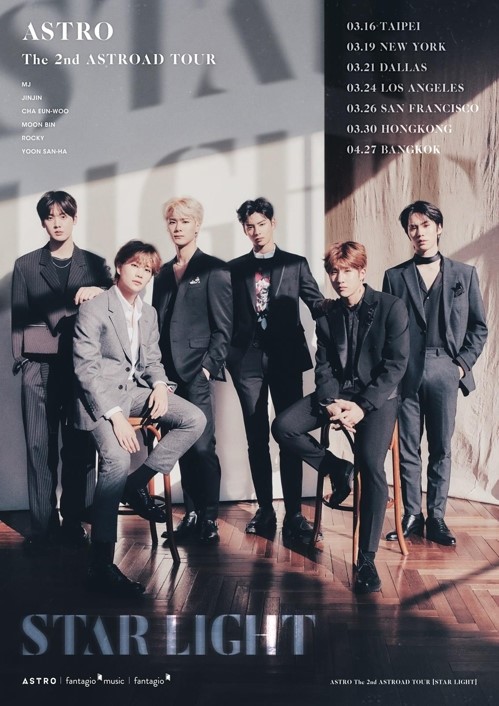 ASTRO released their 1st full-length album 'All Light' on January 16. The title track is 'All Night.'

The agency stated, "As it is their first world tour, they are preparing hard. They will show great performances, so please look forward to them."