Cha Eun-woo "I'm not only handsome, but also good at singing, cooking, and studying"

ASTRO, who came back with 'All Night', is the guest of the upcoming episode of 'Yu Huiyeol's Sketchbook.' 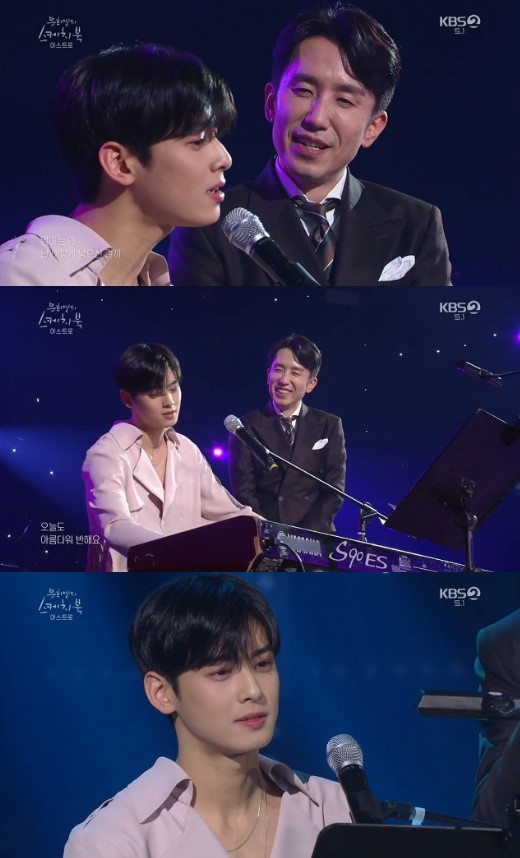 Yu Huiyeol says, "I heard Eun-woo is good at playing the piano."

Cha Eun-woo replies, "I will play 'Together', which was my theme song in the web drama 'ID: Gangnam Beauty.'"

Eun-woo wrote the lyrics himself, and they're quite narcissistic. It goes: "I am good at singing. I'm pretty good at cooking, too. I'm also good at studying. But people tell me that I'm just handsome. Why did my mother make me this way."

Eun-woo explains, "I didn't write all of it. The drama's character that the director had established was like that. The director wanted me to convey how the character felt although it might sound direct and full of oneself."