BTS to present at 2019 Grammy Awards

BTS will attend the 61st Grammy Awards in Los Angeles as presenter on February 10, becoming the first Korean artist to attend the Grammys. It has not been announced which category they will be presenting. 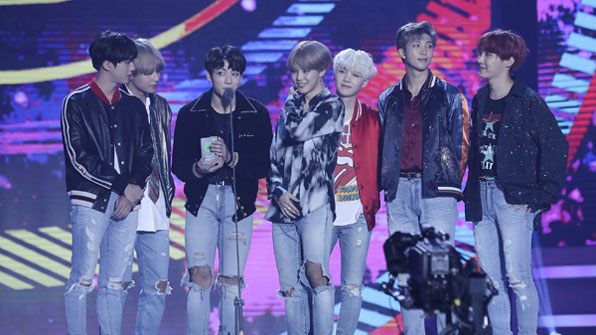 Their album 'Love Yourself: Tear' is nominated in the best recording package category.

The 61st Grammy Awards will be held live on February 10th, hosted by Alicia Keys.

Back in autumn of last year, Suga had said that his goal is to "go to the Grammys" when BTS appeared on 'The Tonight Show Starring Jimmy Fallon.' His goal came true!