9MUSES to disband after 9 years with a fan meeting 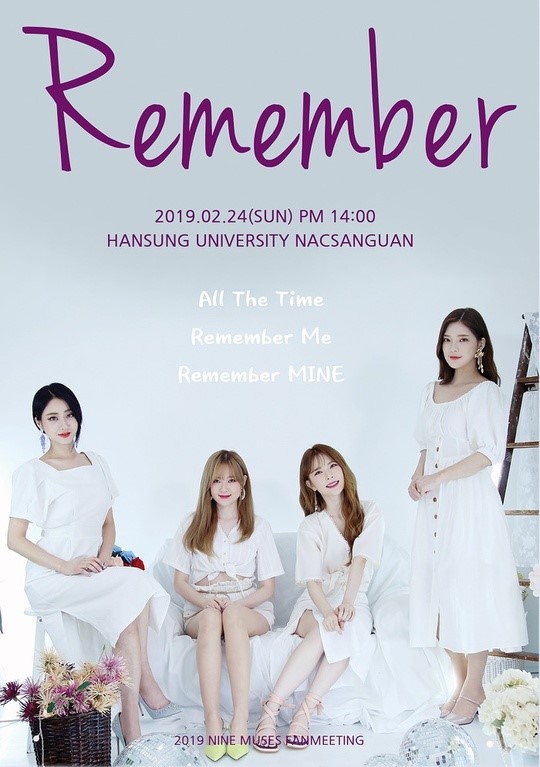 9MUSES will release a digital single on February 14 and wrap up their official activities with a fan meeting on the 24th.

Star Empire stated, "We'd like to express our gratitude to the members of 9MUSES who have been the best artists for the past 9 years since August 12, 2010 and to the MINEs who showed unchanging love and support for 9MUSES. In the future, 9MUSES' members will be active in various fields individually. We ask for your support for the members' new beginning."

Their last digital single 'REMEMBER' will be released on February 14, 2019.