On February 20, Big Hit Entertainment announced that BTS will hold 'LOVE YOURSELF SPEAK YOURSELF' tour in 8 cities in North and South Americas, Europe and Japan, starting with Los Angeles in May. 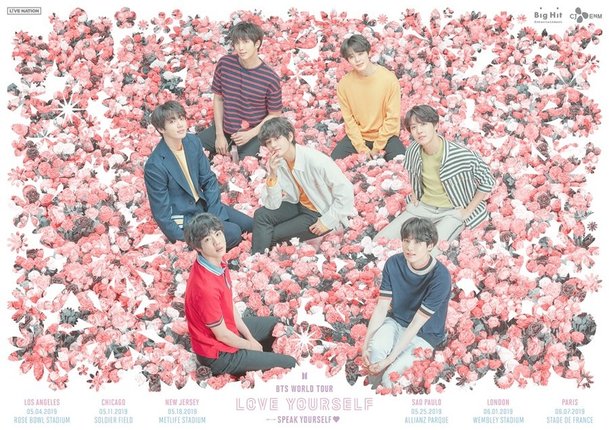 According to the schedule that was revealed on the same day, BTS will have 10 concerts in 8 regions from Los Angeles, Chicago, New Jersey to Sao Paolo, London, Paris, Osaka, and Shizuoka.