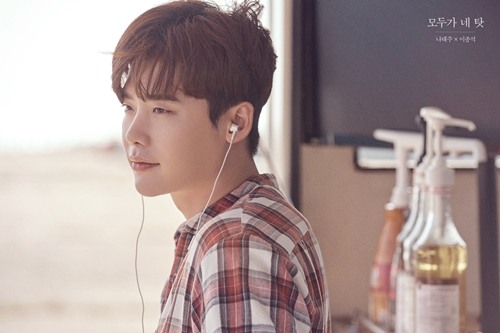 When he was in 9th grade, Lee Jong Suk was in a car accident and ruptured a cruciate ligament. The injury was serious enough to make him give up his dream of becoming a taekwondo athlete, receiving rehabilitation treatment thereafter. Therefore, he will be serving as a public service worker for 2 years instead of serving active duty.

Fortunately, he will have finished shooting his drama before enlisting. He will wrap up his part on February 27. This doesn't mean that he will be resting for 10 days. He will have official schedules such as starring in commercials.