Samuel, who participated in the Brave Hongcha's project album with Hong Kyung Min and Cha Tae Hyun, performs 'People' on this week's 'Sketchbook.' 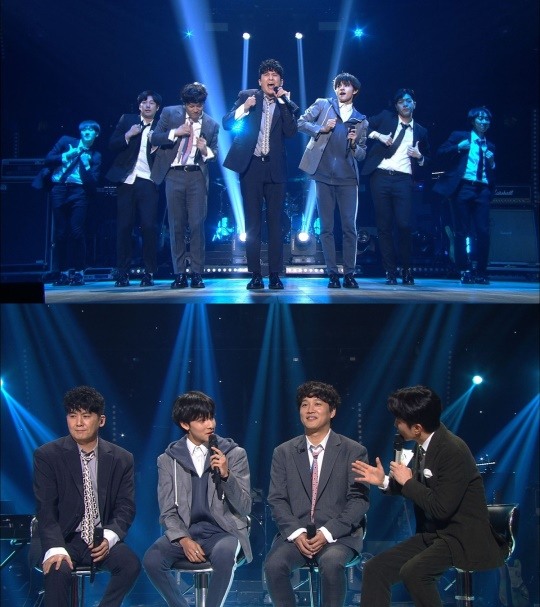 Yu Huiyeol says, "Having Samuel here lightens up the atmosphere. Excuse me, but can I ask how old you are?" Samuel replies that he is 18 years old.

Samuel confesses that he didn't really know Hong Kyung Min and Cha Tae Hyun that  well before meeting through this album. He says, "I got to like Tae Hyun because of 'Along With The Gods', and I got to know Kyung Min through work."

Kyung Min teases Tae Hyun saying, "He didn't know you until you starred in 'Along With The Gods.'

Samuel says, "Before that, I had seen him on 'Two Days and One Night'. I didn't know he was a movie star. I was even more surprised to learn that he was once a singer."