On March 14, the police investigation of Seungri, Jung Joon Young, and Yu Inseok (CEO of Yuri Holdings), was held at the Seoul Metropolitan Police Agency. 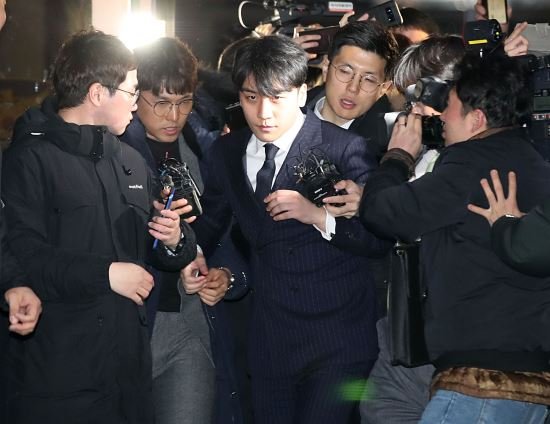 Jung Joon Young was investigated for filming sex videos without consent and disseminating them via Kakaotalk including the chat room with Seungri in it in 2015. The number of victims, counting only those who are known, amount to ten people. The police also investigated whether there was a corrupt connection with the police in the case in which his ex-girlfriend reported him back in 2016 for taking a video of her body without her consent and he was cleared of suspicion.

They also performed a drug test on Jung Joon Young and collected his urine and hair samples for it. The police is reviewing the need to request an arrest warrant considering the gravity of the issue. 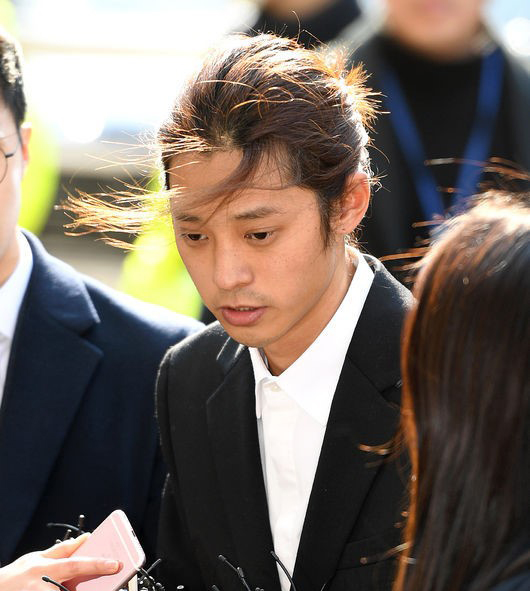 When Jung Joon Young came out of the police station, he said to the press, "I am very sorry. I testified sincerely and honesty. I turned in the so-called 'golden phone' as it is and told everything honestly." Meanwhile, a media outlet reported that the phone that was turned in was bought just 2 weeks ago.

When Seungri came out of the station, he said, "I will request the Military Manpower Administration to postpone my enlistment today. If they let me, I will postpone my military enlistment and receive investigation till the end." Seungri was scheduled to enlist in the army as an active duty soldier on March 25. A media outlet reported that he had refused to turn in his phone. When he was asked why he didn't submit his phone, Seungri answered, "I turned it in."

Yu Inseok, the CEO of Yuri Holdings and husband of actress Park Hanbyul, returned home in the morning as well. 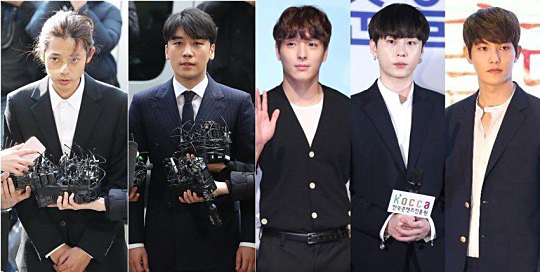 Meanwhile, additional reports revealed that CNBLUE's Lee Jong Hyun was another member of the group chat with Seungri and Jung Joon Young in it. He watched Jung Joon Young's sex videos and made inappropriate comments. He also asked Jung Joon Young to hand over young and pretty girls to him via 1:1 chat. FNC Entertainment has not responded yet.

Yesterday, it was revealed that FTISLAND's Choi Jong Hoon was another member of the chat and he tried to cover up his DUI from being reported on the news. FNC announced that he will leave FTISLAND and retire from the entertainment industry.

HIGHLIGHT's Yong Jun Hyung, who admitted to watching Jung Joon Young's sex videos and making inappropriate comments about them, apologized and announced that he will leave HIGHLIGHT.