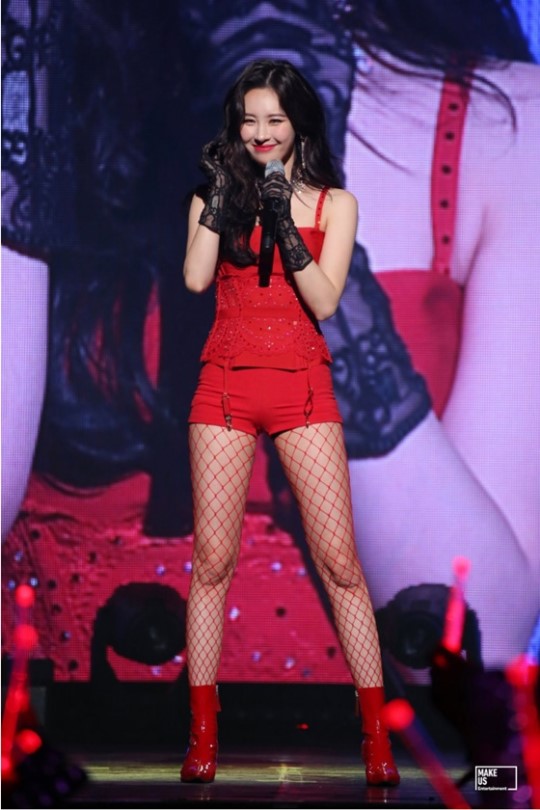 While many netizens reacted positively, some criticized her outfit for being suggestive. Some even commented that the outfit looks like something a woman in a red-light district would wear.

SUNMI shot back at the netizens on Twitter saying, "NOTHING WRONG WITH MY OUTFITS! WHAT IS YOUR PROBLEM?" and "Don't waste your time blaming others. DO THE SAME TO EVERYONE. I'm out."

Her fans supported her saying, "It's an awesome stage outfit" and "Don't be bothered by comments that cross the line."