SUNMI to tour Europe in addition to N. America & Asia

On April 25, MAKEUS Entertainment released the poster for Sunmi's Europe tour. According to the poster, Sunmi will be touring 5 countries: England, Poland, the Netherlands, Germany, and France. 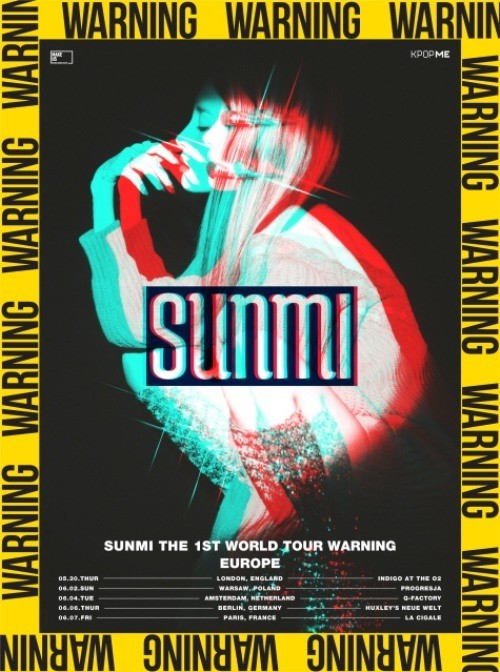 Her first world tour ‘2019 SUNMI THE 1ST WORLD TOUR [WARNING]’ was a huge success, as the tickets for sold out in Seoul, New York, Los Angeles, Toronto, and Calgary.

She is continuing her tour in Asia, starting from Hong Kong on April 13, Taipei on May 10, and Tokyo on May 23.