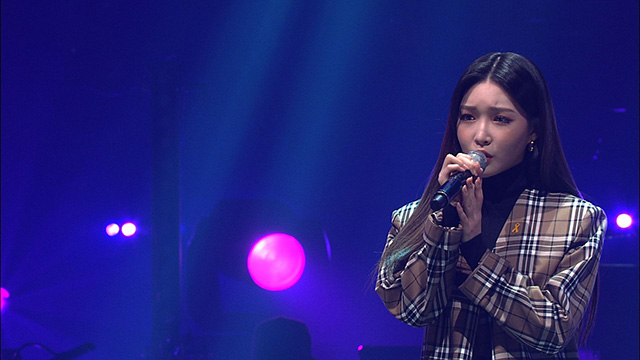 Chung Ha is full of positive energy. She actively interacts with the audience during the 'TMI Question' segment. It's not easy to see her rap, and she shows off her rap skills on the show, in addition to her fluent English.