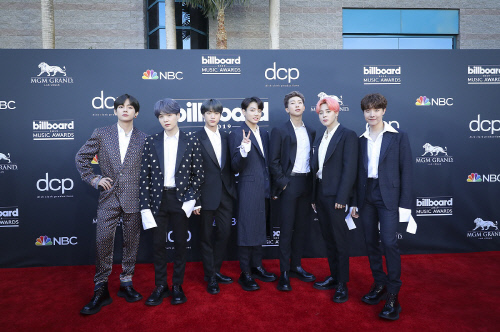 In addition, BTS became the first Korean artist to win the 'Top Duo/Group' award at the BBMAs. The nominees included Imagine Dragons, Maroon 5, Panic! at the Disco, and Dan + Shay.

Upon winning the ward, RM said, “Thank you, ARMY! Thank you, Billboard Music Awards. I still can’t believe that we’re here on this stage with so many great artists. This was only possible because of the little things we share together, the BTS and ARMY power. We’re still the same boys from six years ago. We still have the same dreams, we still have the same fears, we will have the same thoughts. Let’s keep dreaming the best dreams together. Thank you, I love you all.”

BTS performed 'Boy With Luv' with Halsey. Their performance took place right after the performance by Mariah Carey.