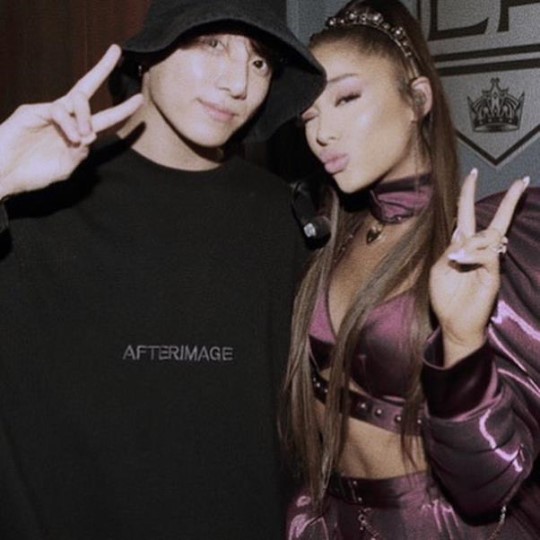 On May 8, American pop star Ariana Grande shared a selfie taken with BTS' Jungkook on her Instagram and wrote, "screaming. thank u soooooo much for coming to my show, Jungkook. it meant so much. love u sm." 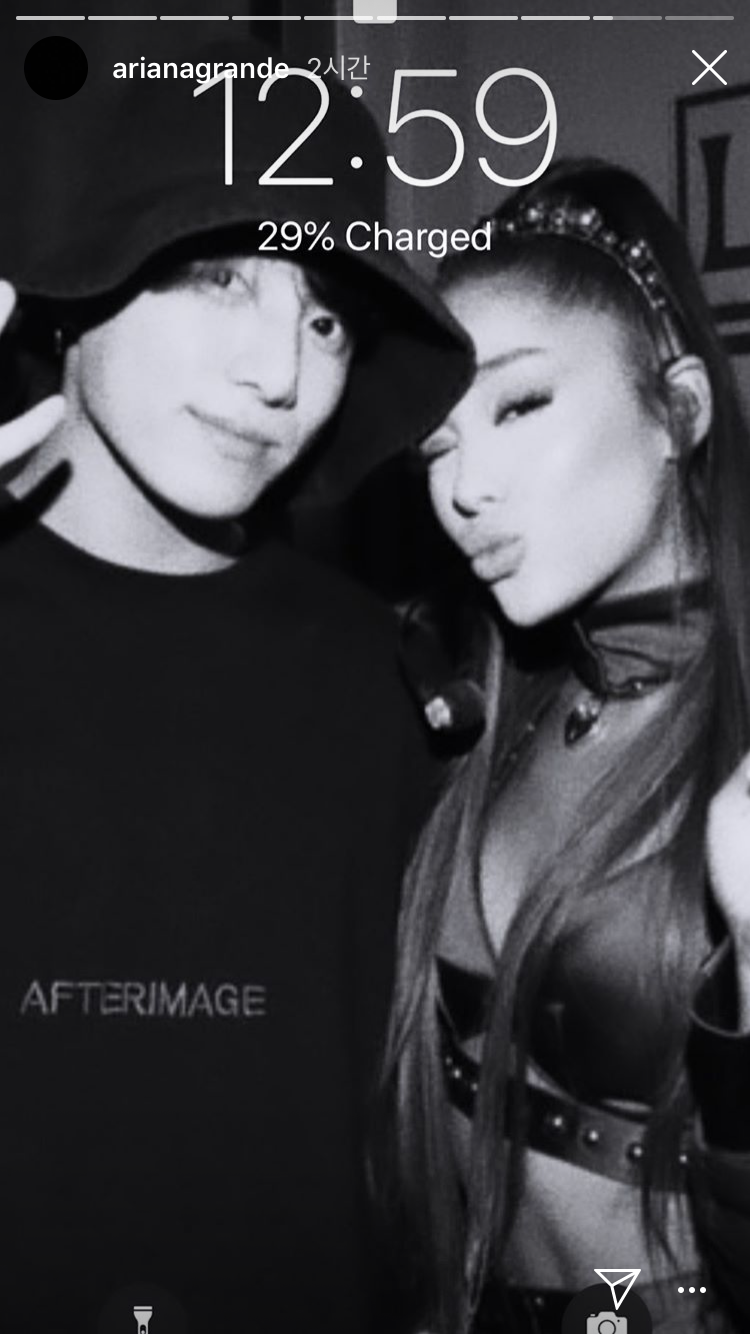 She also revealed that she set the selfie as her lock screen. 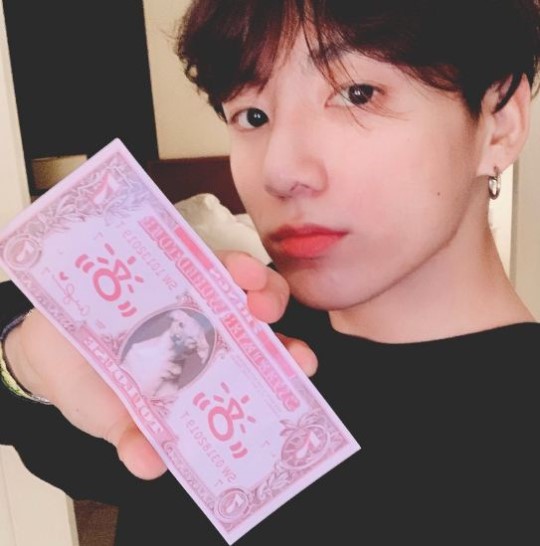 Jungkook attended Ariana Grande's concert last night at the Staples Center in Los Angeles. After the concert, Jungkook wrote on BTS' Twitter, "I felt and learned a lot after seeing her stage. I am really challenged by her stage and will try harder! #ArianaGrande."