The 23rd BIFAN Coming in Summer

The official website of the 23rd Bucheon International Fantastic Film Festival (BIFAN), on May 7, released two posters and said, 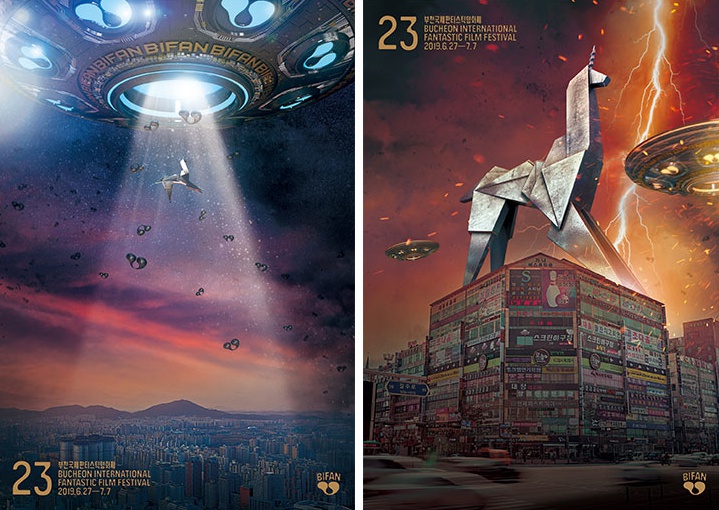 " The unicorn in Ridley Scott’s Blade Runner (1982) served as the inspiration for the posters of the 23rd BIFAN. Set in the year 2019, Blade Runner is considered to be a sci-fi masterpiece. The two posters that were unveiled promote the sci-fi genre, which is BIFAN’s concept for this year, and the visuals in both posters tell a continuous story."

The festival is scheduled to be held from June 27 to July 7, 2019. Bucheon is the city located right next to Seoul.