Hello I am a new member here! (something must have happened with my previous pos...

nuest.gr 2018.04.29
Hello I am a new member here! (something must have happened with my previous post a few days ago) My name is Stella and i am from Greece. I can't call myself a tinkerbell YET but i really really really love their songs. From the few videos and shows i have seen so far Jihun and Heejun are my favourites :) Nice to meet you all

<p>IT'S B.A.P ! YES SIR ! These mascots arrived on Earth in order to find an energy source that can be harnessed and sent back to their home planet, PLANET MATO. COME JOIN #B.A.P_PLANΣT VILLAGE and help them to complete their mission.</p>

<div>
<p>Come out, be active, and make some noise in our village. To those who are not yet members of the village, you are welcome to visit and join our community. If you a kpopers and BABYZ, I recommended you to join this village. We can share our interest together. By being a member of the village, you’ll have a lot of advantages ! You can read, comment, and you can share everything to show your love to B.A.P</p>

Hello friends join with our our #k-drama idols village and share your ideas, know about new Korean dramas, and your favourite k-drama idols. 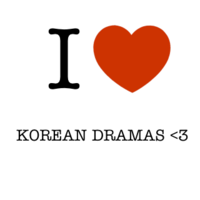 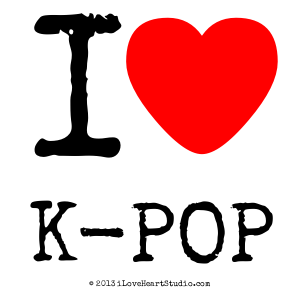 How can I join to a village?
I want to join on Exo, Got7, Bts, Vixx, B1A4 and Super Junior.
#Koko Village #Exo#BTS

<div>
<p>Korea is one of the most surprising nations in the world – all the more so that for most Westerners, the land of the Morning Calm may be at the polar opposite of what they are used to. Here are some of the quirkiest facts about Korea.</p>

<p>Koreans take their kimchi very seriously: it is a staple in the Korean diet, and a side of kimchi is always expected when having a meal. And if you think you know kimchi, think twice: there are 250 kinds of kimchi, the most popular of which being cabbage kimchi (paechu kimchi), diced raddish kimchi (kakktugi), cucumber kimchi (o-i kimchi) and water kimchi (moul kimchi).</p>

<p>It may seem like a conservative, no-fun way to celebrate one’s birthday, but in a country where mothers eat highly nutritious ‘myeogguk’ prior to giving birth, seaweed soup has a deeper meaning: to remind children of the pain of childbirth and to appreciate the care given to them by their mother.</p>

<p>But they celebrate a person’s very first birthday in the most festive manner. On ‘Doljanchi’, the birthday baby wears a hanbok, Korea’s traditional garment and a traditional hat. No birthday cake involved, but expect a full table of traditional food for the occasion, including the infamous seaweed soup, fruits (an expensive delicacy in Korea), panjeon (Korean pancakes), and rice cakes.</p>

<p>4. Adultery Was Illegal Until A Few Months Ago</p>

<p>For 62 years, married Koreans faced up to two years in prison if they had extra marital affairs, or got involved with a married person. The rationale at the time was to protect women and good morals, but a jury eventually repealed the law in February. About 53,000 South Koreans have been indicted under the law since the authorities began keeping count in 1985.</p>

<p>Taking the ‘sooneung’, the Korean university entrance exam, is a big deal in Korea: it is not exaggerated to say that a lot of a family’s life revolves around it. Parents put their kids to private institute from a very early age and devote about 10 of their budget to make sure that their offspring have the best possible chances of success.</p>

<p>Mothers even go to temple to pray for their children’s high score on their senior year – so if you think about it, that’s a lot of pressure on a 17 year-old’s shoulders. As a result, on the day they take the test, a crowd of supporters, normally family and friends will gather at the gates of a high school and hand the kids sticky candy for good fortune: Koreans give traditional sticky candy, so students can stick to the passing score!</p>

<p>6. Koreans Believe In The Influence Of Blood Types On Personalities</p>

<p>It is not uncommon for Koreans to ask a potential match what their blood type is: it is thought to give an indication of someone’s personality and can help determine levels of compatibility. All types boasts strengths and weaknesses, but type B is commonly thought as being the least desirable, as demonstrated by the success of this popular Korean movie. Koreans are quite superstitious, but the practice can be compared to our fascination for astrology.</p>

<p>Named ‘Taegugki’, the Korean flag will teach you a thing or two about Eastern Asian philosophies: it incorporates Taoist and Buddhist principles and symbols, including a white background, symbol of peace, a circle for unity, the yin and the yang, to signify complementarity of opposites and trigrams, which refer to the elements.</p>

<p>What Korean Expats want you to know about Korea</p>

<p>I’m French, I’ve Lived in Korea and America, This is What I Found Surprising</p>

<p>Koreans are very in tune with their bodies: they eat the right amount of food and focus on nutrition above all. When it comes to their eating regimen, they have it pretty much all figured out – and when it comes to food, temperature matters. Koreans follow Eastern Asian medicine principles, which contends that one should eat cold food when the weather is cold and hot food when the weather is warm.</p>

<p>The rationale behind it is that there should not be any sharp difference between one’s body temperature and one’s food – or else, your stomach will get upset, which will hamper digestion and proper bowel functions. As a result, people will eat Samgyettang, a boiling hot, highly caloric stuffed chicken dish on the hottest day of the year and a bowl of cold, low caloric naegmyeon noodle on the coldest day of the year. In case you’re wondering, yes, we’ve been doing it all wrong.</p>

<p>9. The ‘Banchan mentality’ Is A Reason Why Google Isn’t Doing Well in Korea</p>

<p>Forget complex algorithms, many Koreans will tell you the reason why they won’t use Google: it simply doesn’t understand them. Koreans are generous by nature: if you’ve ever had a Korean meal, you know that people put everything on the table, and that means lots of ‘Banchan’. ‘Banchan’ refers to the (numerous) side dishes that come with a meal in Korea.</p>

<p>And that extends well beyond the world of food: understanding Korean’s panchan mentality is a full component of a firm’s marketing strategy in Korea. It is one reason why customer service is so high, with companies freely handing out samples just to draw customers into the store. Similarly, people like to have everything at a glance: Google, with its a simple layout, never appealed to Korea. By contrast, the most popular search engines, Naver or Daum, feature everything from top news, the weather, shopping products or the newest movie releases on the homepage.</p>

<p>10. A Subway Ride At Night Will Inform You Of Just How Religious Korea Is</p>

<p>No fancy churches in Korea, but no shortage of places of worship either. You may not realize how numerous they are during the day, but you should pay closer attention at night: Churches are topped by a cross which lights up at night. And there are so many of them that all you’ll see will be a field of red and white crosses. Take the subway (line 2, passing over the bridge to Gangnam) or better yet, drive towards Namsan at night to enjoy the sight.</p>

<p>12. People With The Same Surname Can’t Marry Each Other</p>

<p>The law against same-surname and family-origin dates back to choson era and is rooted in the Confucian principle of ‘purity of kinship’, and still exists in Korea. Because of the limited number of clans, having the same surname does not simply refer to a same last name, but rather the implicit family background – think a better protection against incest.</p>

<p>13. Health And History Are The Reasons Why Koreans Take Their Shoes Off</p>

<p>That, and of course, proper etiquette. Yet, in the beginning, there was a very practical rationale behind it: people believed that walking bare feet was beneficial to one’s health. Being barefoot allows your pressure points to be stimulated – that’s the same principle as reflexology, which argues that the foot connects to all areas of your body.</p>

<p>However, when confined in shoes all day, your feet cannot breathe, stretch and feel – walking barefoot is the best way to achieve that. Additionally, Korean homes were traditionally raised about 2 feet off the ground for ventilation and staying above the cold damp earth. It was customary to remove your slippers in the entry and one would step up into the home in their socks.</p>

<p>Korean homes are probably the most efficient in the world. Indeed, Korean homes are designed for efficiency: they use an under floor heating system which uses direct heat transfer from wood smoke to the underside of a thick masonry floor. Traditionally, the heating system served a dual purpose: keeping the family warm, and cooking. The technology has changed, but Korea definitely has an edge in this domain: Archeologists found traces of such heating system on sites dating as far as the Bronze Age, circa 1000 BCE.</p>
</div>

A couple has a problem because of YongHwa 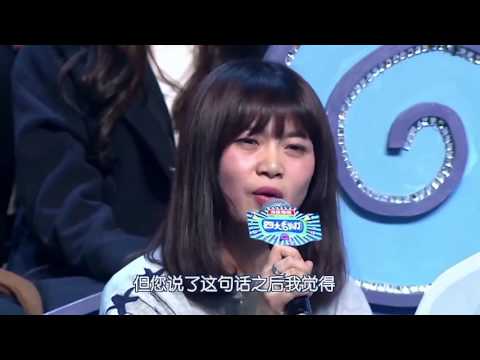 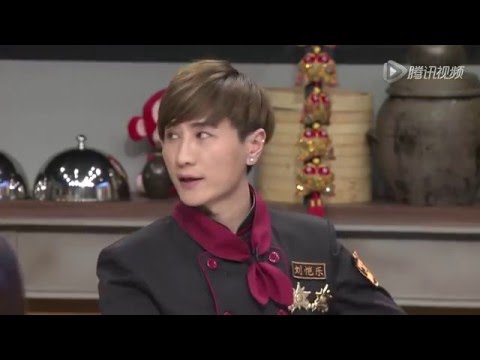 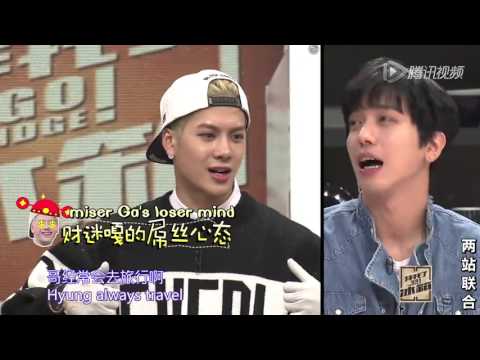 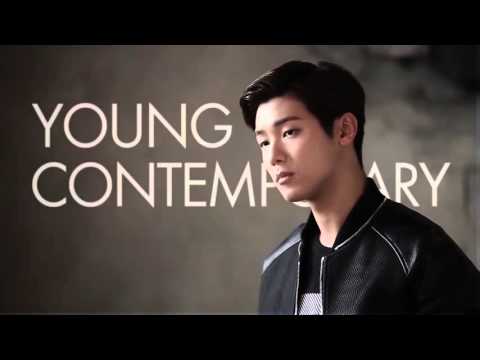 Who's your favourite CNBLUE member? Why you love CNBLUE? Share with us!!! 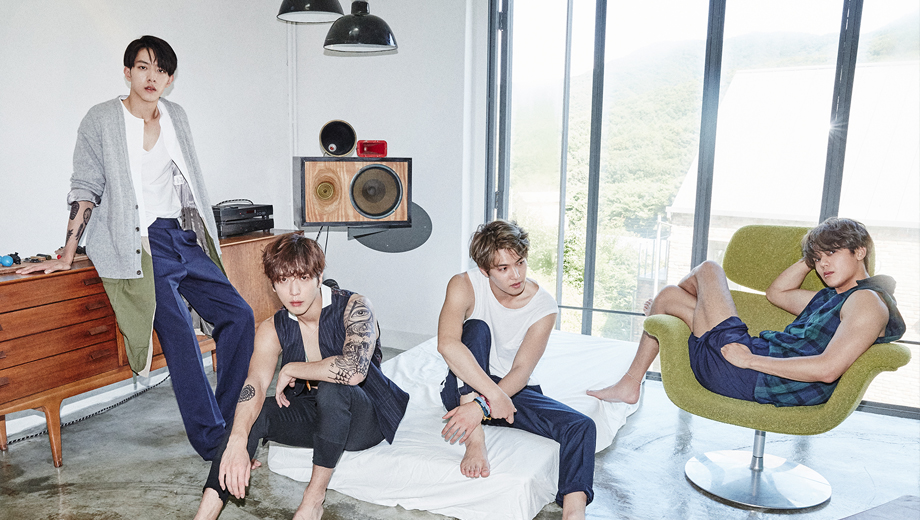 Who's your favourite CNBLUE member?? and how you started loving CNBLUE?

For me my favourite CNBLUE member is YongHwa and I knew about CNBLUE because of him ♥ ♥ what about you?

[Video] CNBLUE Message for 2016 CNBLUE LIVE [COME TOGETHER] in Chongqing

[Video] CNBLUE Message for 2016 CNBLUE LIVE [COME TOGETHER] in Chongqing