Bongsam and Sosa, hugging from behind [The Merchant : Gaekju 2015] 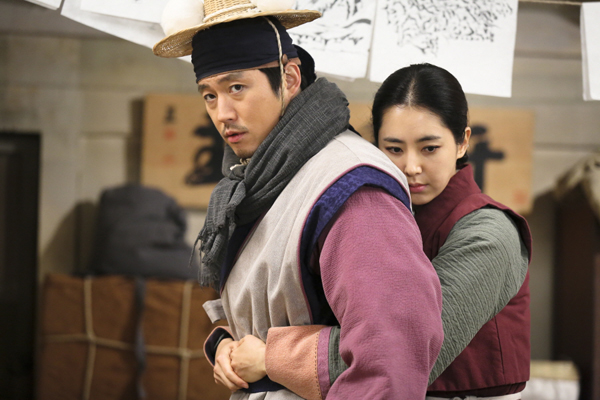 Jo Sosa gives Cheon Bongsam a hug before he goes on a journey.

In the last episode, Sosa asked Seokju for a divorce and warned him that he should stop bothering Bongsam. As she became a mistress, her attitude towards Seokju changed completely.

As shown in the picture above, Sosa tries to hug Bongsam from behind. He smiles back at her, but she does not look so bright. As she lowers her head, looking very worried, he gives her a pat consolingly. This scene foreshows that something serious is going to happen to them.

It is said that when the actors and actresses were filming this scene, they tried their best to make their every emotion genuine.