SEVENTEEN has released the full track list for their upcoming album 'Al1'. 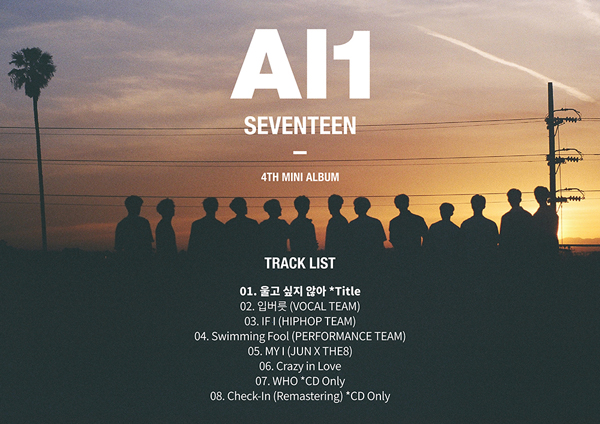 SEVENTEEN's 4th mini album 'Al1' will be released on the coming 22nd. The album, consisting of 8 different songs, has 'Don't Wanna Cry' as a title track.

This will be their first comeback album for this year! Stay tuned!