Lee Gi-kwang to come back with solo title 'What You Like'!

HIGHLIGHT's Lee Gi-kwang released the track list for his solo album 'ONE'. 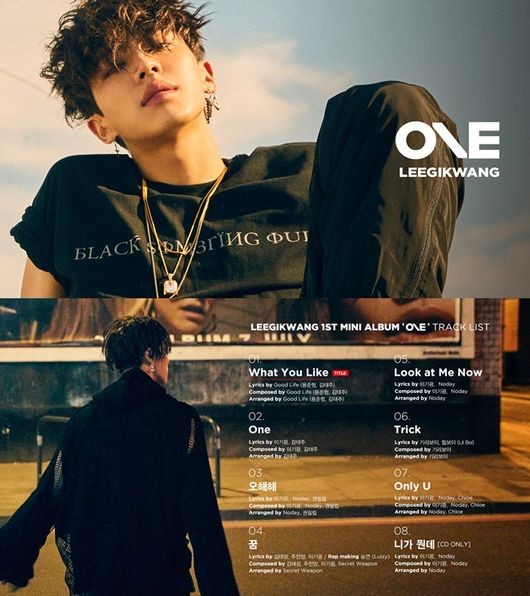 On August 21 at midnight, Around Us Entertainment revealed the track list for Lee Gi-kwang's solo album 'ONE' on the official homepage and SNS.

The album contains a total of 8 songs. The title track 'What You Like' was produced by team 'Good Life' led by Yong Jun-hyung of HIGHLIGHT. Giriboy and Lilboi participated in 'Trick.'

Lee Gi-kwang composed, wrote, and produced six of the eight songs in the album.

Lee Gi-kwang's solo album will be released on September 4.

[Image Source: Around Us Entertainment]