The stage set list for Seo Taiji and BTS's collaboration performance has been released. 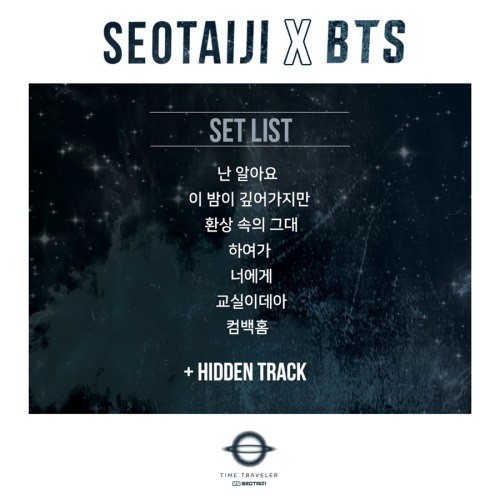 On August 21, the partial set list for Seo Taiji's 25th debut anniversary concert  'MOOVːSoundtrack vol.2 SEOTAIJI 25' was released. Seo Taiji and BTS will reproduce the songs and choreographies of 8 masterpiece songs of Seo Taiji & Boys including 'I Know,' 'In Your Fantasy,' 'Deep into the Night,' 'Anyway,' 'To You,' 'Classroom Ideology' and 'Come Back Home.'

BTS will also participate in the ending performance at the concert.

BTS has been constantly exchanging opinions with Seo Taiji even in the midst of preparing for comeback in September. They have been practicing choreography and vocals for more than a month. With two weeks ahead of the concert, they are rehearsing with Seo Taiji.