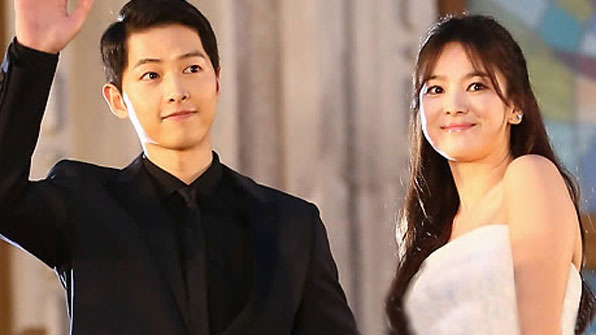 Song Joongki and Song Hye Kyo flew to Los Angeles together on September 3rd, and they are currently staying at Palace Hotel, San Francisco. At first, both agencies denied the reports of their wedding shoot, but later it was known that they are shooting their wedding photos under the direction of photographer Hong Jang Hyun, who is a close friend of the Song-Song couple. Their stylists and hair & makeup staff accompanied them.

Hong Jang Hyun is famous for his wedding shoot of celebrities. He is known for conducting the wedding shoot for Bae Yongjoon-Park Sujin and Lee Hyori-Lee Sangsoon couples.

San Francisco has a special meaning for the Song-Song couple. It was revealed that the couple secretly traveled to San Francisco a year ago. At the time, Song Hye Kyo had posted on her Instagram, "San Francisco after 11 years. Feels like autumn. So nice."

Song Joongki and Song Hye Kyo are getting married on October 31 at The Shilla Seoul.