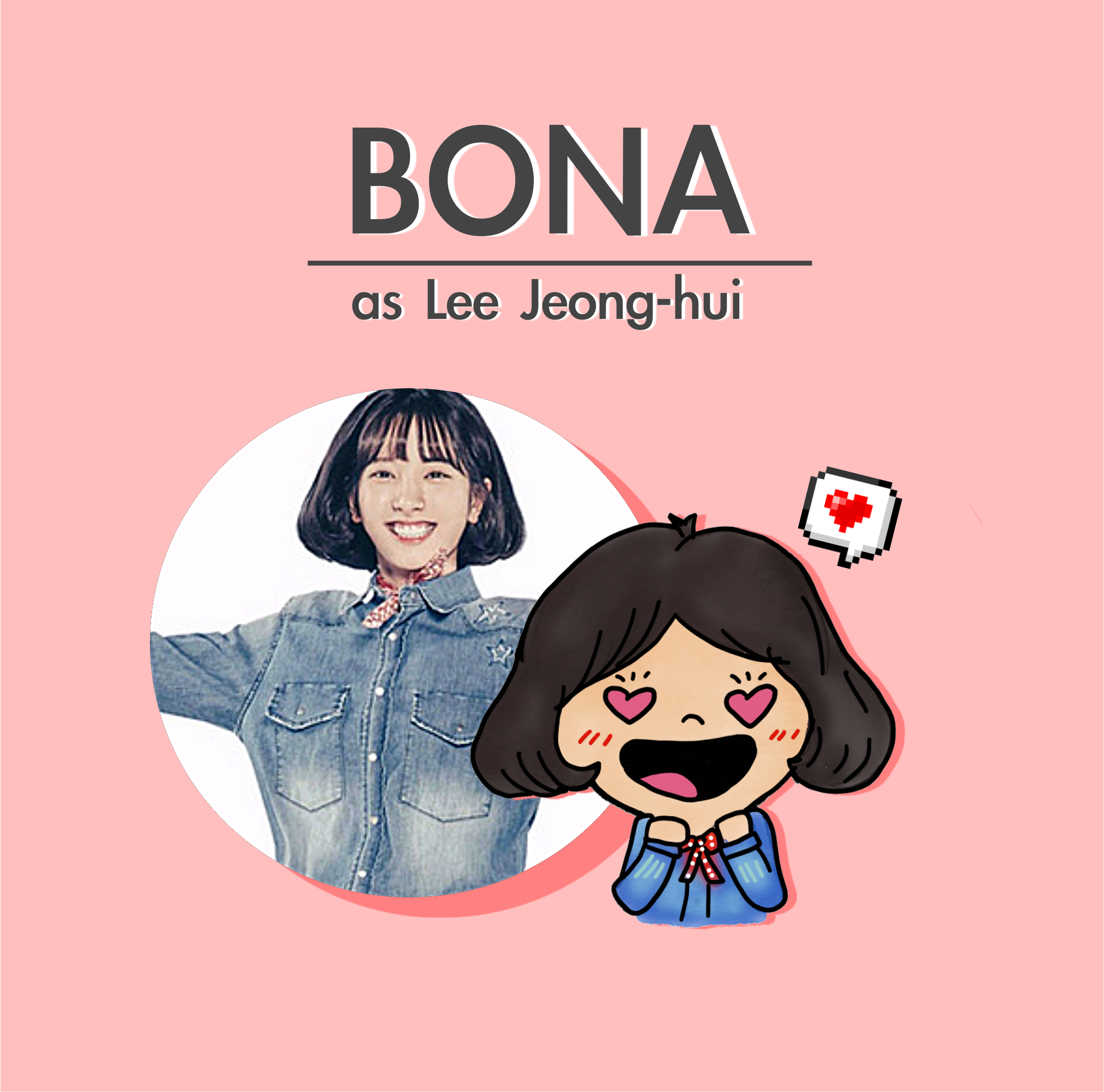 The high school teenager who longs for an “oppa” and who’s a little insecure of herself is played by Kim Ji-yeon, better known for her stage name, Bona. She is a vocalist of the girl group, Cosmic Girls or WJSN, who made their debut last 2016 with title tracks, “Mo Mo Mo” and “Catch Me”. Just like her role in the drama, Bona is also from Daegu province, which probably is the reason why she “nailed” the accent!

Bona made her acting debut under the KBS drama, “Hit the Top” (2017), playing as Do Hye-ri, an idol trainee. Now, she comes back as Lee Jeong-hui, and proves herself worthy of a leading role! 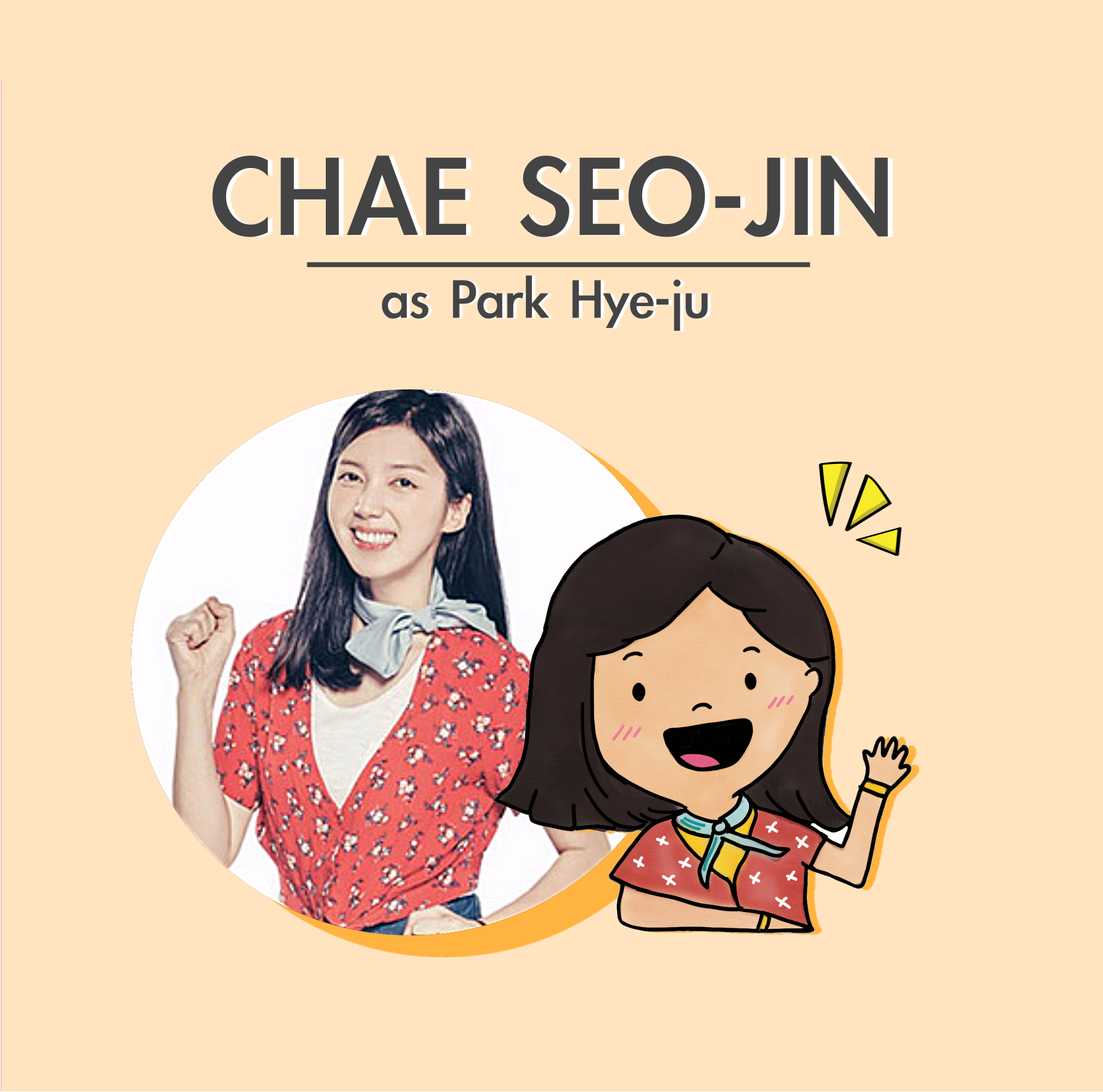 The “transfer student”, “Seoul girl”, “oppa-magnet”, whatever you may call her, whom every girl in Daegu envies, is played by Chae Seo-jin. She is known for being the sister of actress Kim Ok-bin (Hello, God, 2006; War of Money, 2007). Wait? Her last name is “Chae" and her sister’s is “Kim”? Yes, because a fun fact of this actress is that she changed her name from Kim Go-un.

At the age of 12, Seo-jin debuted as an actress under the drama “Over The Rainbow” (2006), playing as the younger version of her sister’s role as Jung Heesoo! Isn’t that awesome! 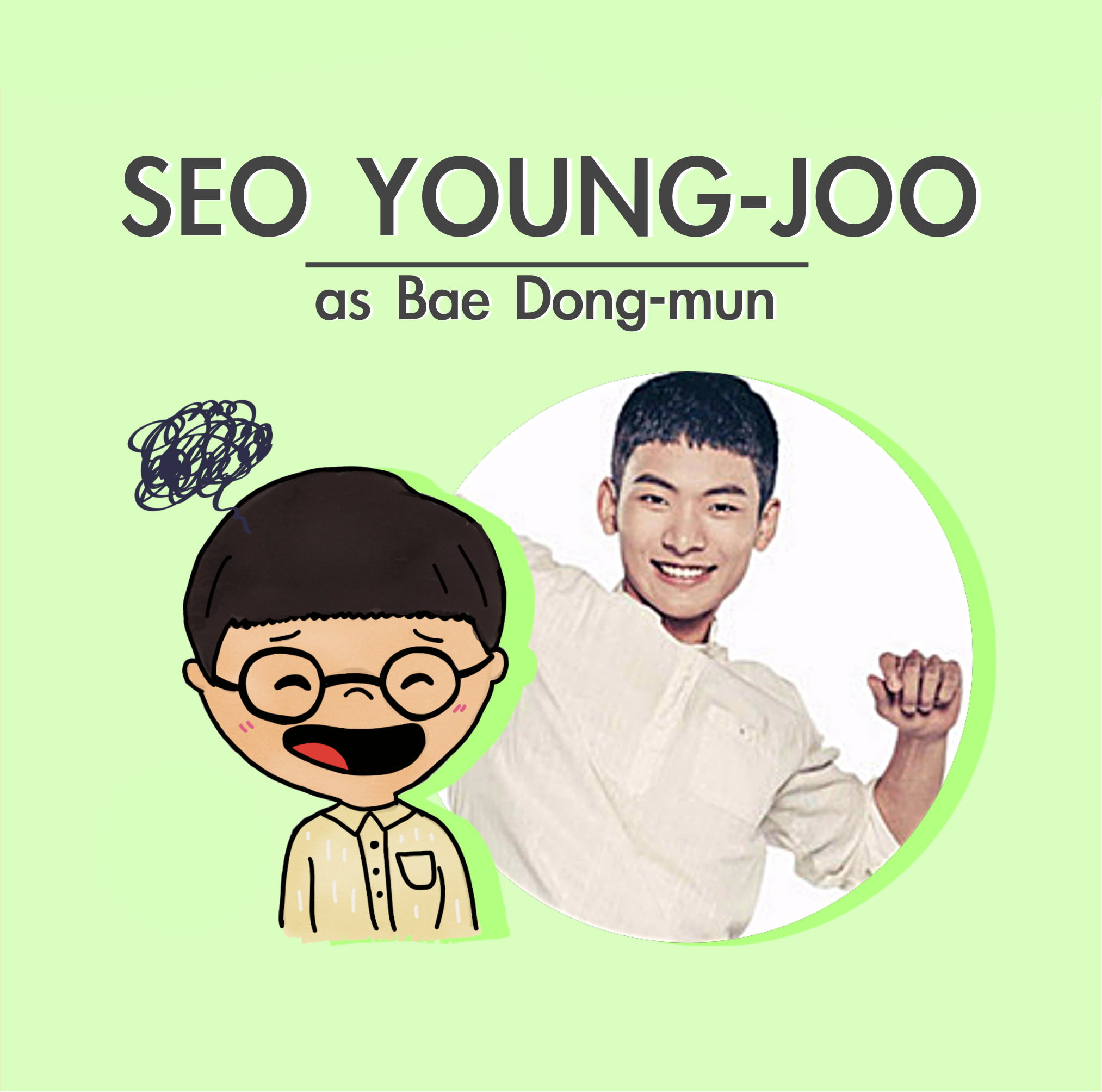 The shy guy whose heart never stops to “dugun-dugun” and will do anything for Jeong-hui is played by Seo Young-joo. A 1998 liner, I think it’s safe to say Young-joo is the “maknae" of Girl’s Generation 1979. 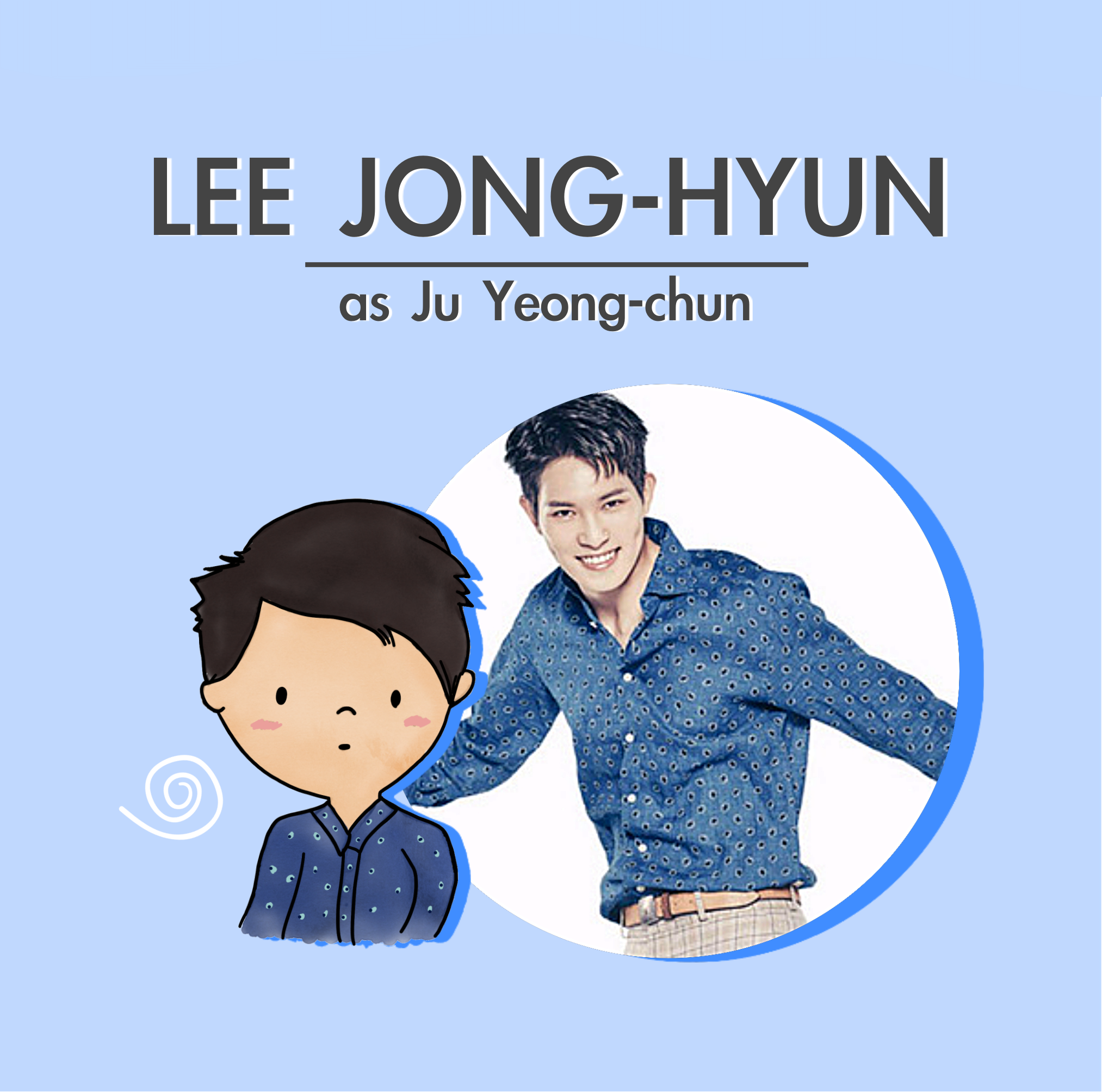 The pharmacy’s mysterious “oppa”, who slowly gets attracted to Hye-ju is played by Lee Jong-hyun. Without a doubt, I’m sure you know he’s the guitarist and vocalist of C.N. Blue.

Jong-hyun made his acting debut under the film “Acoustic” (2010), together with his co-member, Kang Min-hyun. His acting career blossomed after playing the role as Collin Black in the drama “Gentleman's Dignity”, which got him the SBS New Star Award. Jonghyun is also known for playing a vampire named Han Si-hoo in the KBS drama, “Orange Marmalade” (2015). 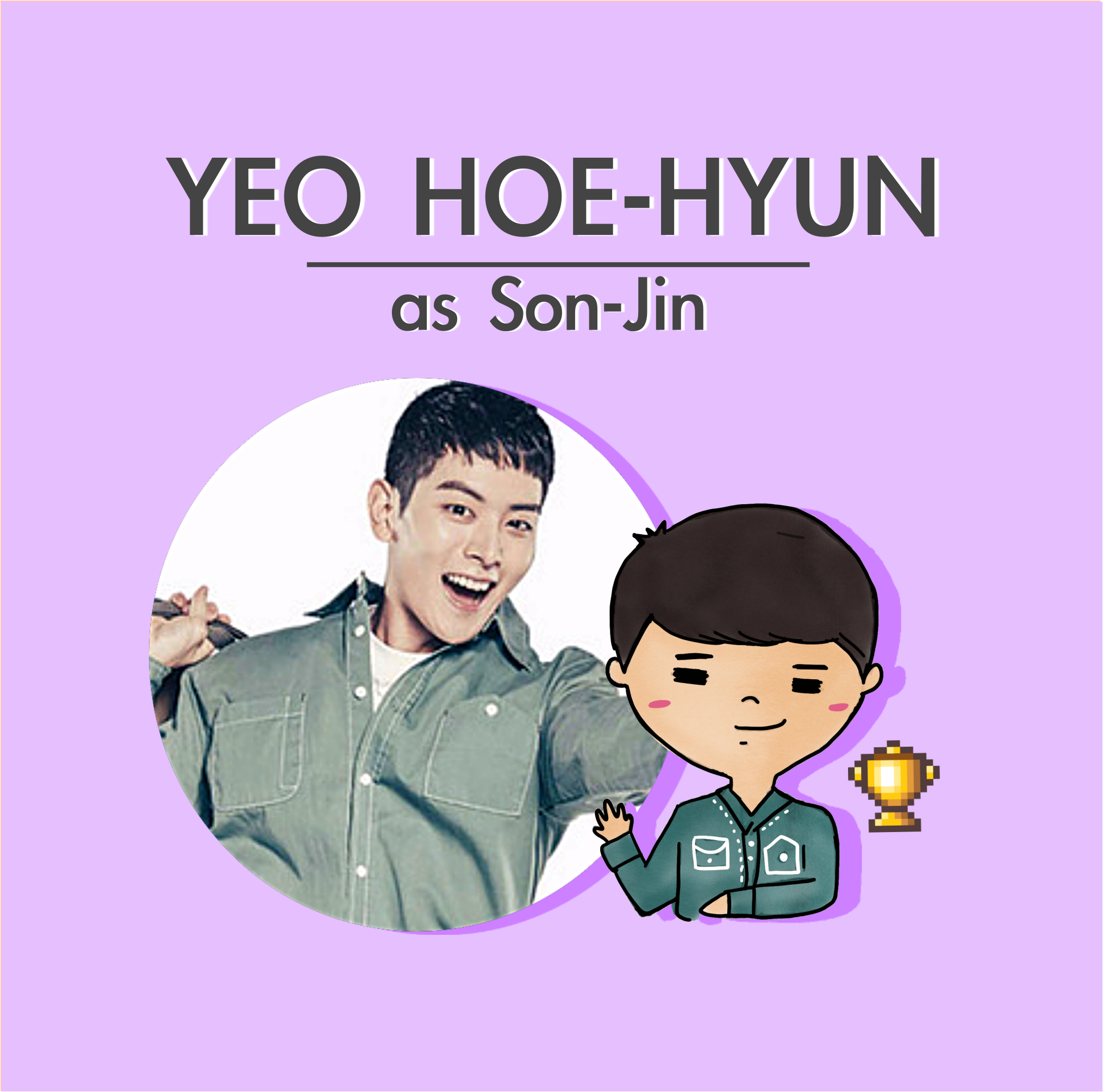 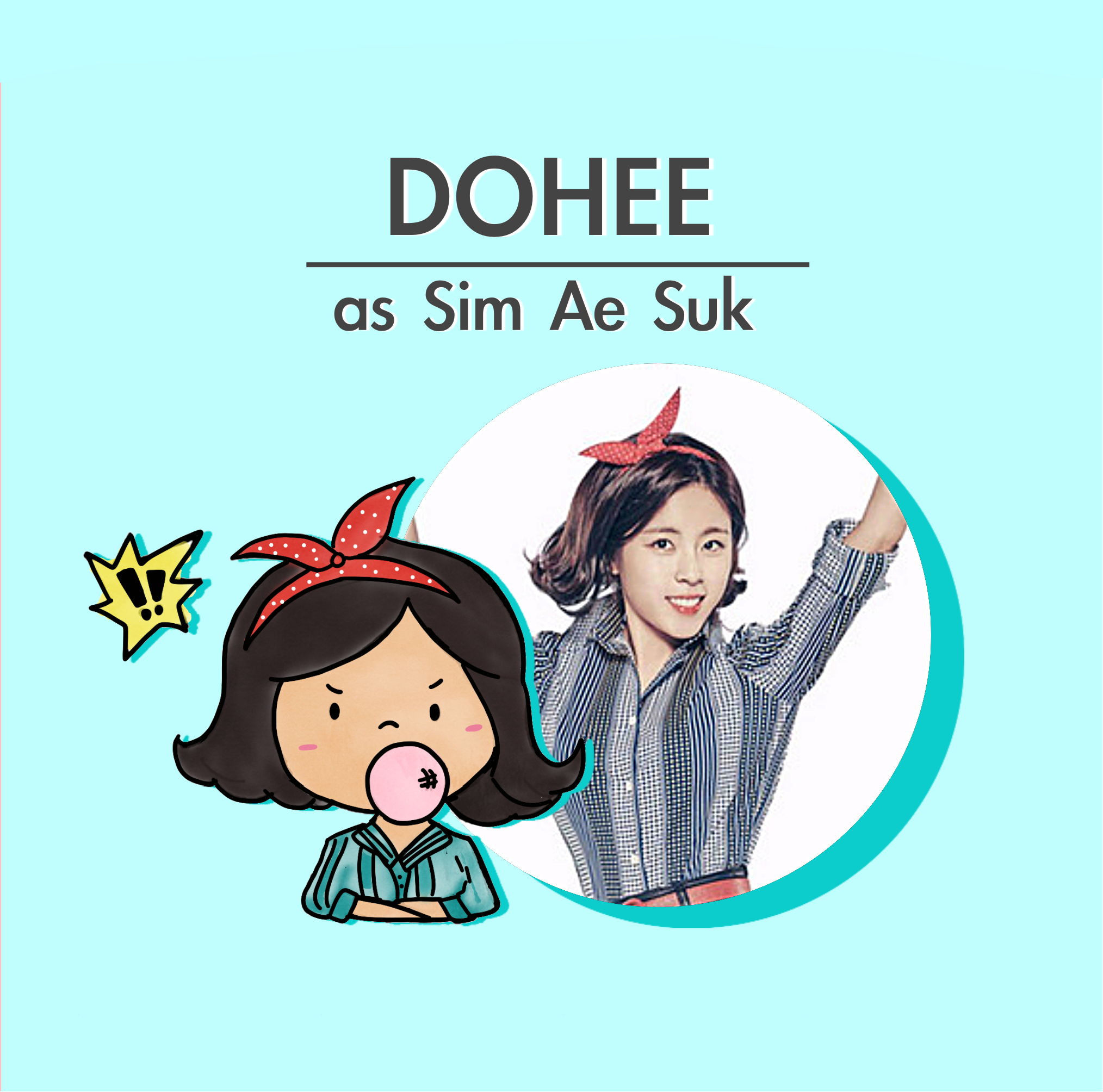 The “small-but-terrible” school bully, who might be tough on the outside but soft for Yeong-chun is played by Min Do-hee. She was originally a member of the girl-group Tiny-G, but unfortunately the group disbanded last 2015 and Do-hee eventually further pursued her acting career.

Ever since her acting debut in the drama “Reply 1994” (2013), she was recognized for slaying the “tough-girl” roles. She was awarded Best New Actress and the Best Couple Award, together with Kim Sung-kyun, at the 2014 7th Korean Drama Awards.

I hope you enjoyed some of the fun facts, and make sure to catch the casts of “Girls Generation 1979” every Tuesdays and Wednesdays 21:50 (KST) only on KBS World!