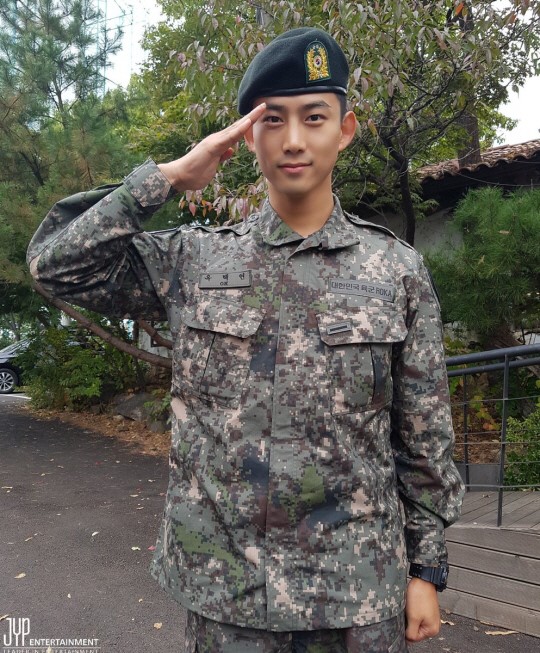 Taecyeon quietly enlisted in the army on September 4th. He gave up his green card (permanent residence) in the United States and chose to serve his duty as a Korean man. Even after being ordered to serve alternative duty due to his discs in the back, he received surgery and treatment and finally enlisted as an active duty soldier.