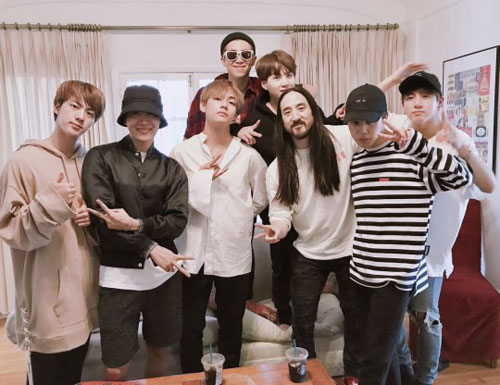 On November 17, BTS will release a remix version of 'MIC Drop' produced by Steve Aoki and featuring Desiigner. 'MIC DROP' is a hip-hop based song that was originally included in BTS's mini-album 'LOVE YOURSELF 承 'Her''.

BTS collaborated with world-class DJ Steve Aoki and rapper Desiigner in this track. They met for the first time at the Billboard Music Awards in May. They have been preparing the remix under tight wraps.