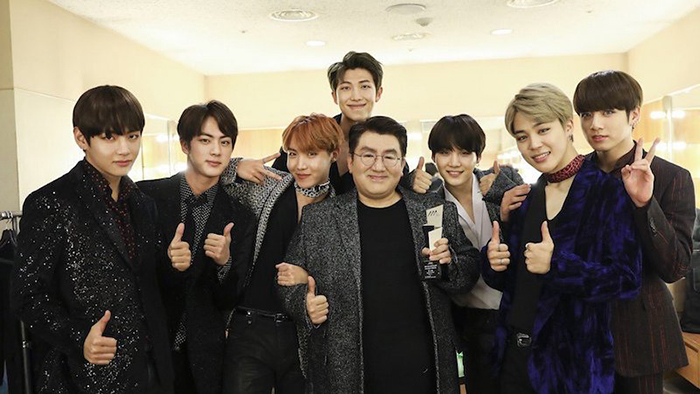 Bang Si Hyuk, the CEO of BIG HIT Entertainment and producer behind BTS will be receiving the Presidential Award at the 2017 Korea Content Awards scheduled to be held on December 5th.

The 2017 Korea Content Awards is organized by the Ministry of Culture, Sports, and Tourism and the Korea Creative Content Agency. Bang Si Hyuk has been selected as the winner of Presidential Citation for his work in spreading Korean content in the overseas market.

Bang Si Hyuk received high evaluation for spreading the Korean Wave, or Hallyu, as BTS achieved the 7th place on 'Billboard 200' chart in addition to winning the Top Social Artist Award at the Billboard Music Awards.

At the 2017 Mnet Asian Music Awards held in Hong Kong, Bang Si Hyuk made the keynote speech in which he said, "BTS demonstrated the potential of Korean artists to coexist with the (American) mainstream culture or rise as a new mainstream culture based on a strong fan base."