GFRIEND revealed the official posters for its first solo concert scheduled for January. 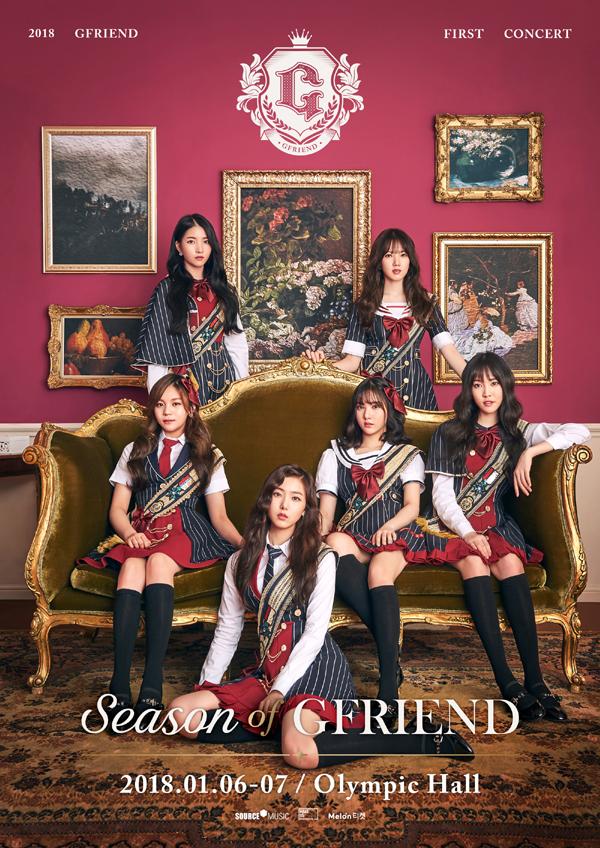 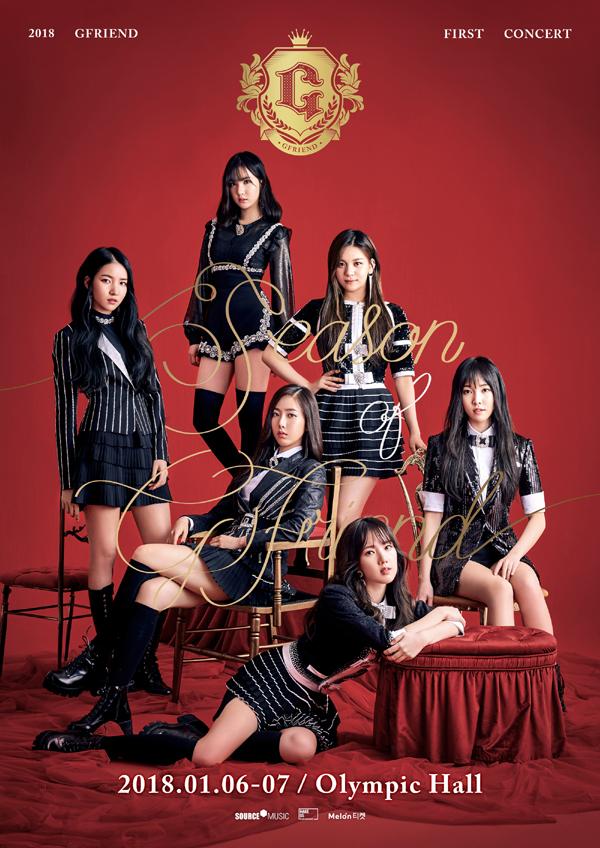 GFRIEND will be having their first solo concert three years after their debut. At the 2017 Melon Music Awards, GFRIEND said, "We are going to have our first solo concert in January of next year. We are preparing hard for it. Please look forward to it. We've prepared some special props for the performances. Although we want to make a comeback as soon as possible, first we are going to focus on preparing for our concert."

'Season of GFRIEND' will be held during two days from January 6th to 7th at Olympic Hall in Seoul. At the concert, GFRIEND will express their music with different seasons, and each member will perform a special stage as well.

GFRIEND debuted with album 'Season of Glass' in January 2015. Their songs 'Glass Bead,' 'Me Gustas Tu,' 'Rough,' 'Fingertip,' Lover Whisper' and 'Summer Rain' have all been a hit.