KBS dramas achieved the highest viewer ratings all throughout the week! 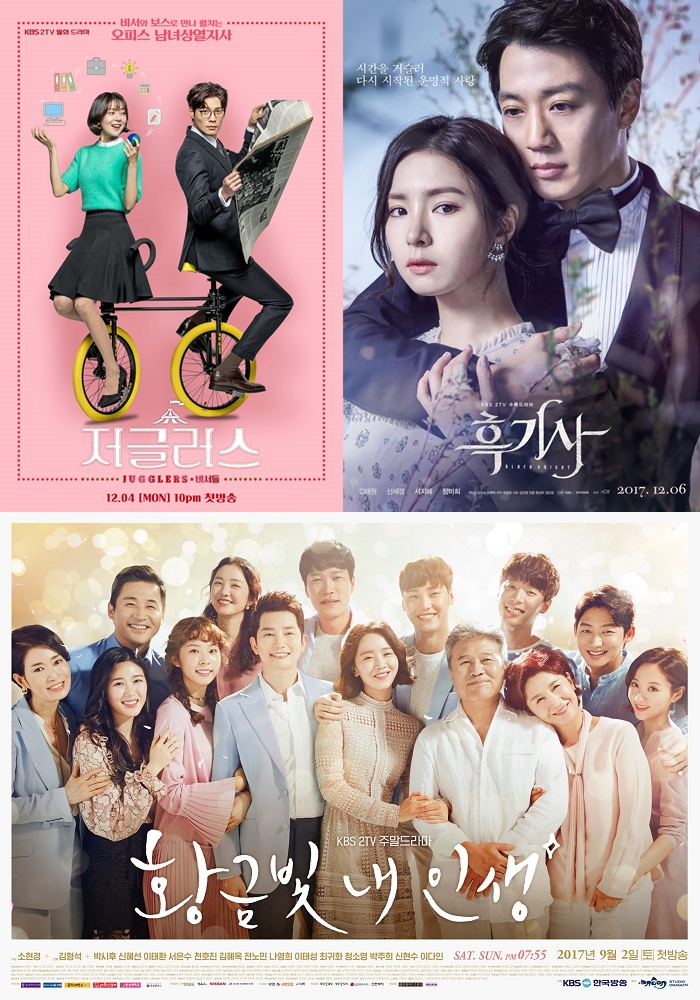 It is the first time for KBS to take the first place in viewer ratings throughout the whole week since 'My Lawyer, Mr. Joe - Descendants of the Sun - Five Enough' aired in 2016.

Episode 4 of 'Jugglers' had viewer ratings of 8 percent, showing a rise of 1.2 percent from episode 3. 'Black Knight' achieved the highest ratings only at its second episode. In episode 3, Moon Soo Ho, Jeong Haera and Sharon's connection from 200 years ago began unveiling.

Weekend drama 'My Golden Life' is showing a remarkable performance. The ratings have been increasing steadily, and it finally broke the 40 percent barrier with 41.2 percent. It is the first time since 2015 for a KBS weekend drama to achieve viewer ratings higher than 40 percent.

Keep it up, KBS dramas!