Sunmi to come back with 'Heroine' on January 18 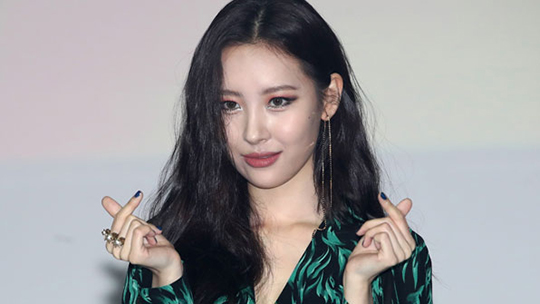 Singer Sunmi will release her new single 'Heroine' on January 18. 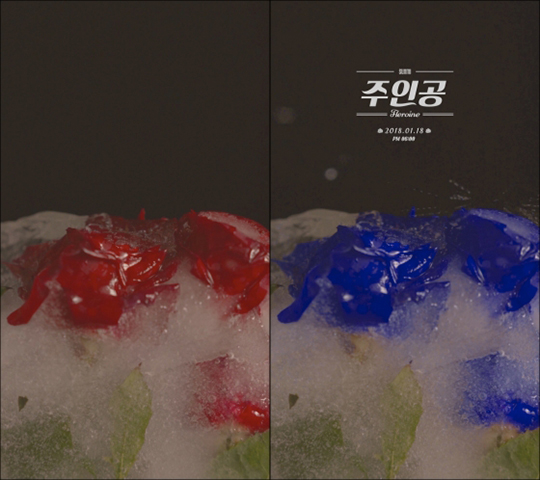 On January 2, MAKEUS Entertainment announced that Sunmi is making a comeback for the first time after 5 months since 'Gashina.'

As she did for 'Gashina,' Sunmi partnered with THE BLACKLABEL, a label under YG Entertainment, for her new song. The song was composed by Teddy and Producer 24 and co-written by Teddy and Sunmi.

The agency said, "We are putting our best efforts into it to reflect Sunmi's passion for music. The new album will be full of Sunmi's unique charms." 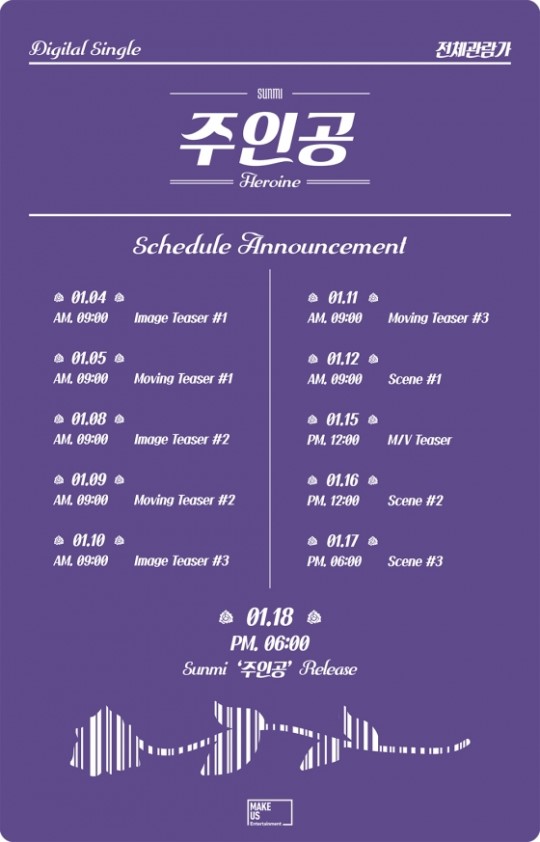 According to the schedule revealed by the agency, from January 4 to 17, different teaser images and videos will be released one by one until the single is finally released on the 18th.

Sunmi is a former member of WONDER GIRLS. She released her first solo song '24 Hours' in 2013 and 'Full Moon' in 2014. Last year in August, she achieved five crowns in music broadcasts with 'Gashina.'