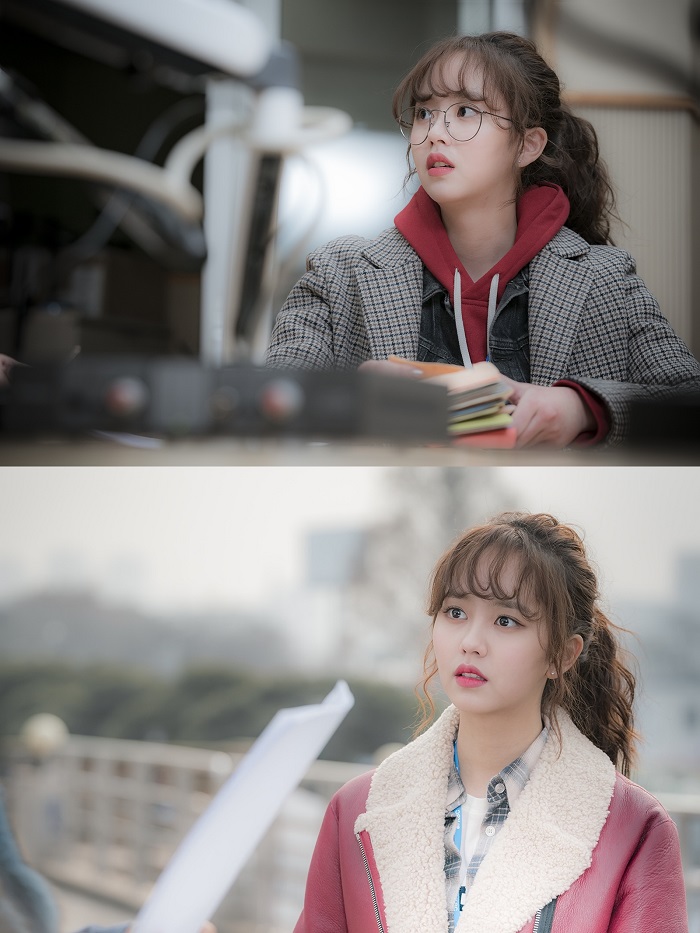 Kim So Hyun, who just turned 20 in Korean age, became a radio writer! She picked 'Radio Romance' as her first drama as an adult, in which she will play Song Geurim, an assistant radio program writer who has passion, initiative and drive, but isn't really talented in writing. The actress explained her choice saying that she was "drawn to the character's confidence, cheerfulness and comic energy."

Kim So Hyun described her character Song Geurim as a "person with a clear sense of purpose." She continued, "She might lose her temper FROM time to time, but her charm is that she never forgets her purpose. Geurim is like a dreaming child. Please watch her grow as she faces different situations in the real world."

Every time she takes up a role, Kim So Hyun carefully analyzes and studies her character. She said, "This time, my character speaks very eloquently and quickly, so I pay a lot of attention when I need to say my lines fast." She has also changed her appearance to suit the character. She chose to go with curly hair to express Geurim's cheerful, optimistic and unpredictable personality.

Lastly she said, "I hope the essential characteristics of Song Geurim will be conveyed to the audience. 'Radio Romance' is a warm drama that will help you reminisce the memories about radio."

'Radio Romance' will premiere following the end of 'Jugglers.'