Gary reveals why he had to leave 'Running Man': "I was a burden to others"

At a recent interview, Gary talked about his new life, marriage, family and 'Running Man.' 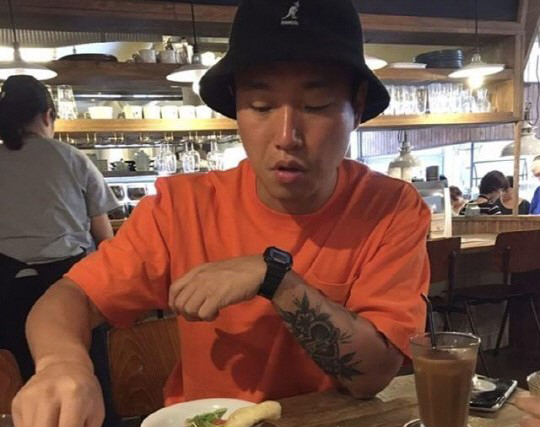 Q: Tell us how you're doing.

"My life is 70 childrearing and 30 working on music. To be honest, I had thought I'd be able to work on music after the baby's birth, but it's not as easy to do both."

"Since I had a child at a relatively late age, he's so cute. One day I was looking at my son's face and thought, 'No matter what happens in this world, I don't have anything to fear as long as I have this child and my wife beside me.' Therefore, I have set my mind to be faithful to my family."

Q: From the way you left 'Running Man,' got married and had a son, many people think that you live in seclusion.

"Honestly, I didn't think people would think of it as 'seclusion.' I believed I had said my farewells enough and multiple times, and I believed the fans also thought the same way. And when I decided to leave 'Running Man,' I conveyed my thoughts to the members politely, and they understood me well."

"I know why you see it as 'seclusion,' but I'm basically back to being the 'old me.' Before I appeared on 'Running Man,' whenever I stopped promotions or broadcasts in order to focus on making the album, no one would say that I was living in 'seclusion.'

"In the past, when I was working on Leessang's album, I would often not leave the house for a month. I'm living like that right now, except 'childrearing' and 'family' have been added on. Look at my hair. It's been so long since I cut it, so it's long. I'm not able to concentrate on multiple things at once."

Q: Was there a definite reason for leaving 'Running Man' in 2016?

"I wanted to focus on music, but ultimately, not long before I dropped out, I would often wonder if I was doing my job right in 'Running Man.' Although I was trying hard, I couldn't let go of the thought that I was a burden to others."

"My character had been used up a lot, and I kept thinking that I had no more things to show. Of course, people would tell me, 'Why would you think that way? Don't worry since we're family.' But I thought I wasn't of any help to the program."

"And now, look at 'Running Man.' They're doing so well with the new members. Isn't it so funny? I feel really good."

Q: I'm sure you miss 'Running Man' at times.

"I don't want to go back and I'm not jealous or regretful. As I said before, I thought I wasn't doing well on the show, so I still feel sorry."

Q: Could you tell us briefly about your wife.

"I'd like to refrain from talking about my wife. Rumors and malicious comments have hurt my wife and family a lot. I don't care about comments about me, but bad comments about my wife would keep popping up my head and I couldn't sleep all night. We didn't have a wedding ceremony. We are living happily while raising a child, just like others."

Q: Don't you still need to hold a wedding ceremony?

"I didn't want to have a 'ceremony' in the beginning. I would talk to the members of 'Running Man' about it too. Of course, if my wife had wanted a wedding, we would've done it however small it may have been, but my wife had similar ideas about wedding as I did. So we became a 'married couple' by registered at the district office."

"Although I don't have specific 'plans,' I am always working on music like a habit.

"Had I been a 'smart guy,' I would have kept living like I used to and stayed at 'Running Man.' 'Running Man' is a great program. Its popularity all over Asia never failed to surprise me. Had I stayed, I would've earned big benefits. But I couldn't do that."

"I will focus on raising my child and working on music. And I will stand in front of you again with the best result that matches my efforts, music."